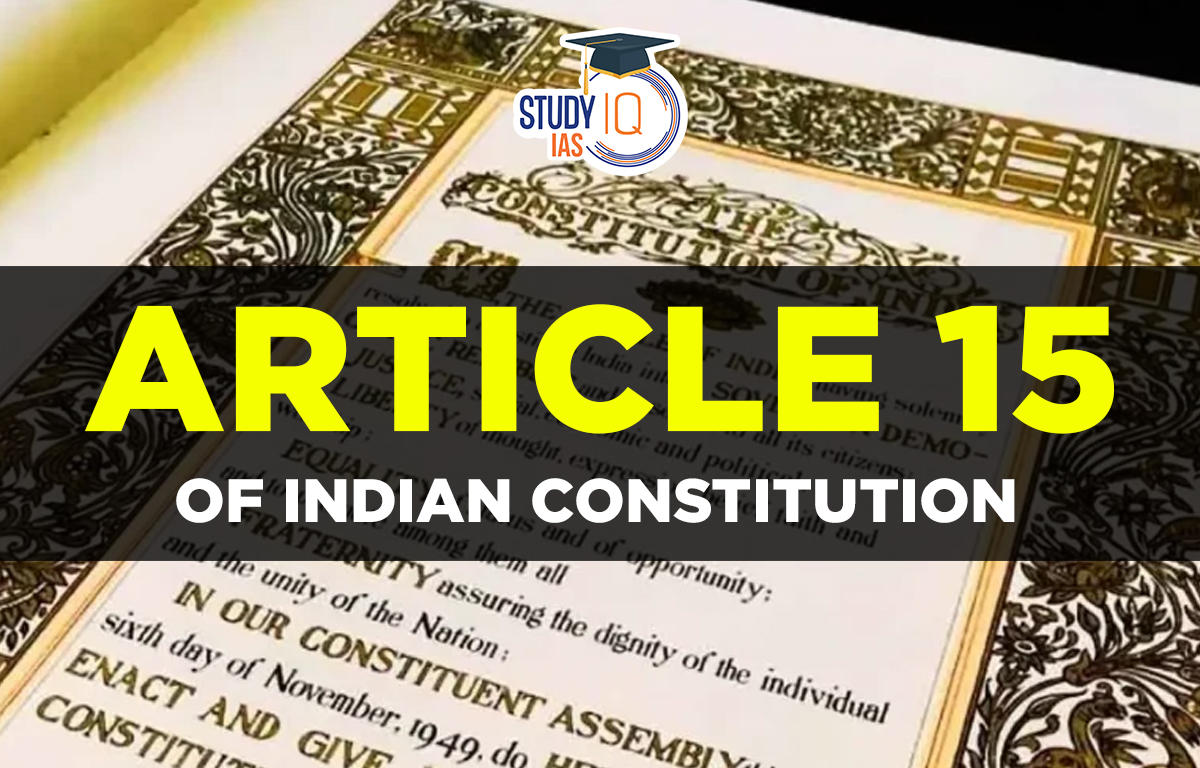 Article 15 of the Indian Constitution prohibits discrimination on grounds only of religion, race, caste, sex, or place of birth. India recognises a total of 22 languages, as stated in the 8th Schedule of the Constitution. Despite Hindi and English being the country’s official languages, more than 1,500 other languages are spoken there. About 44.63 per cent of Indians speak Hindi as their first language. Diverse viewpoints frequently lead to conflicts, and such conflicts may lead to prejudice.

One of the main reasons for discrimination in India is caste prejudice, which is still prevalent in some areas. Caste systems, both lower and higher, used to be the predominant method of dividing society. There had been untouchability for the lower classes. India recently made this law illegal due to how terrible it is.

Article 15 has been desperately needed since the Constitution’s adoption and is still in place. Six clauses in Article 15 of Indian Constitution list the many forms of discrimination that are categorically prohibited.

Article 15 (3): The state may provide any particular provisions for women and children. For instance, giving children free education or reserving seats for women in local councils. The Supreme Court held in Revathi v. Union of India, AIR 1998, that the word “for” used in this clause indicated that states can provide women and children special preference while not discriminating against them.

Article 15 (4): The state is permitted to make any special provision for the advancement of any socially and educationally backward classes of citizens or for the scheduled castes and scheduled tribes. For instance, public educational institutions may offer fee discounts or seat reservations. This provision was added by the first Amendment Act, of 1951.

In addition to the current reservations, this reservation of up to 10% would be made. According to family income and other indices of economic disadvantage, the state would periodically notify the economically weaker sectors for this reason. The 103rd Amendment Act of 2019 adds it.

In order to give effect to Article. 15 (5), The Centre passed the Central Educational Institutions (Reservation in Admission) Act, 2006, which established a 27% quota for applicants from Other Backward Classes (OBCs) in all central higher educational institutions, including the IITs and IIMs.

Here it should be noted that the children of the following different categories of people belong to the ‘creamy layer’ among OBCs and thus will not get the quota benefit:

In order to give effect to Article 15 (6), the central government issued an order in 2019, to provide 10% reservation to the Economically Weaker Sections (EWSs) in admission to educational institutions. The benefit of this reservation is available to EWS members who are not covered by any of the SC, ST, or OBC reservation programmes currently in place. The following are the requirements for eligibility set forth in this regard:

Article 15 has helped Indian society to stand tall and proud despite such great diversity and all forms of sexism, racism, and rigid caste system, and it will continue to do so forever. It is truly the protector of the oppressed and a shield against prejudice.

It is significant to note that Article 15 prohibits discrimination on the grounds of religion, race, caste, gender, or place of birth in all circumstances. People have been discriminated against in several ways throughout history, and the term discrimination covers a broad variety of topics.

Is Article 15 part if Fundamental Rights?

Yes, Part III of the constitution which is Fundamental rights have article from 12 to 35.

It provides that the State shall not discriminate any citizen on grounds only of religion, race, caste, sex or place of birth.

The state may provide any particular provisions for women and children.

The 93rd Constitutional Amendment Act of 2005 added which provision?

The 103rd Constitutional Amendment Act of 2019 added which provision?

It added Article 15(6) according to which the state is empowered to make any special provision for the advancement of any economically weaker sections of citizens.