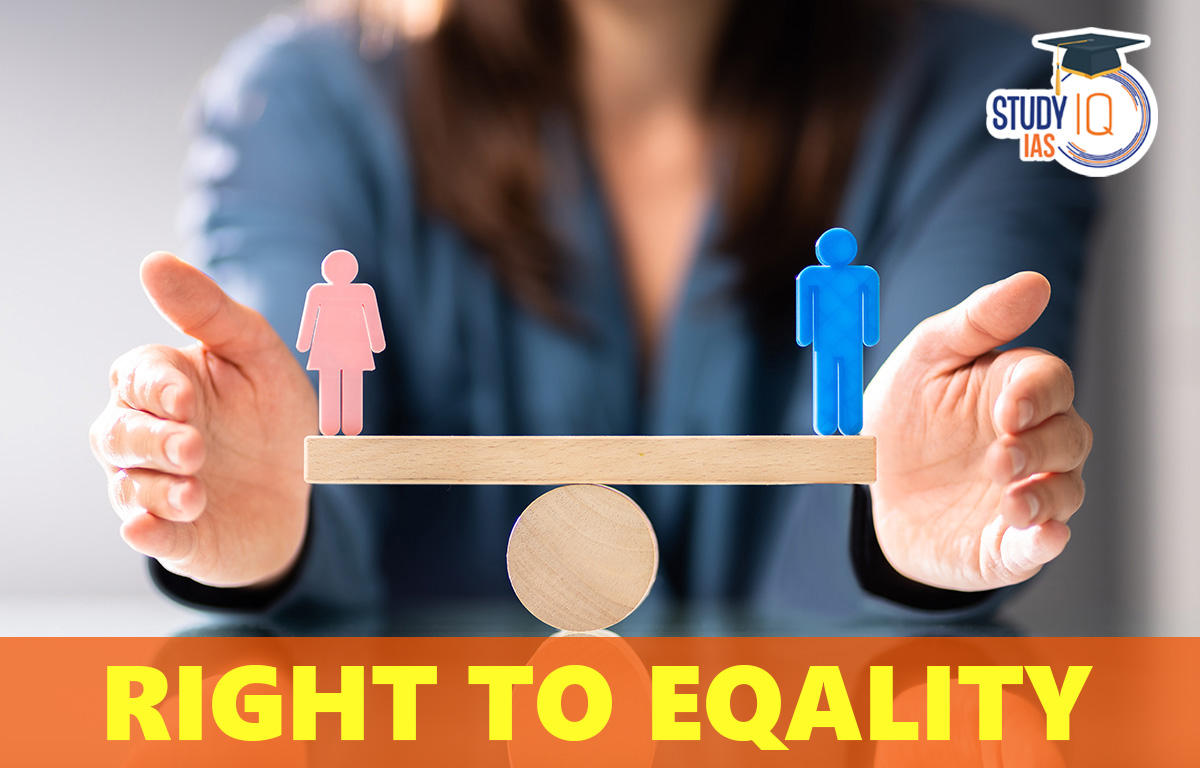 Nelson Mandela stated, “As long as poverty, injustice and gross inequality persist in the world, none of us can truly rest”. Only in societies where all members of the population are treated fairly and without bias can democracy prosper. In order to remove the barrier of current social and economic inequalities and enable the varied populations of the country to enjoy the rights and liberties provided by the constitution, it was felt by the Constitution’s drafters to include such a clause.

Eliminating disparities based on religion, social conventions, and long-standing customs like untouchability, casteism, racial discrimination, etc. that are still prevalent in some parts of India was considered crucial.

The concept of equality is closely associated with the theory of natural rights. For a democracy to flourish the individuals in the society need to be treated equally and without any discrimination. This led the framers to incorporate such a provision in the Indian constitution. The aim was to remove existing socio-economic inequalities and enable every community of our country to enjoy the rights and liberties guaranteed to them.

Right to Equality in Indian Constitution

Article 15: Discriminating on grounds of only religion, race, caste, sex or place of birth shall not be done by State. Only Indian nationals have access to it. Although it has some reasonable restrictions as the state came with some special provisions for the upliftment of the women or the children, as well as for the socially and educationally backward classes.

The 10% reservation would be in addition to the existing reservation. Hence, the economically weaker sections would be notified by the state from time to time on the basis of family income and other indicators of economic disadvantage.

The 103rd Amendment Act of 2019, in order to give effect to this provision, the central government issued an order (in 2019) providing 10% reservation to the Economically Weaker Sections (EWSs) in Public Services and services in the Government of India

The article deals with the abolition of ‘untouchability’ and forbids its practice in any form in Indian society. Any impairment resulting from untouchability must be enforced, which is illegal and subject to legal penalties. Despite the fact that neither the government’s statutes nor the constitution use the term “untouchability,”.

The Supreme Court ruled that the right under Article 17 can be used against private individuals and that the State has a fundamental duty to take the appropriate steps to prevent its infringement.

Titles are abolished according to Article 18. It specifies that the State shall not bestow any titles that are not academic or military honours. No Indian national may accept any titles from foreign governments. Only titles that might affect social equality and lead to injustice among community members are covered by this article.

It also restricts Indian nationals from receiving any title from a foreign nation, it also bars them to receive any gift, emoluments or office of any type without the prior permission of the Indian President.

The right to equality is considered a basic feature of the Indian Constitution it plays an important role in achieving social and economic justice in our society where the upliftment of certain classes is considered necessary for our country to flourish. Its emphasis is on the fundamental unity of individuals by providing equal opportunities and treatment to all. It provides every individual in the country with all the elements essential for the development of its personality

In order to accomplish the goals, set forth by the Constitution’s framers, courts—who are seen as its guardians—ensure that the right to equality is interpreted broadly.

What is the right to equality under Indian Constitution?

Concept of Equality before law is borrowed from?

The concept Equality before law has been borrowed from the British constitution.

Concept of Equality Protection of law is borrowed from?

The concept Equality Protection of law has been borrowed from the American Constitution.

What does Article 17 talks about?

It talks about the abolition of untouchability and prohibition of its practice.

What does Article 18 of the constitution deal with?

It deals of the abolition of titles except military and academic.