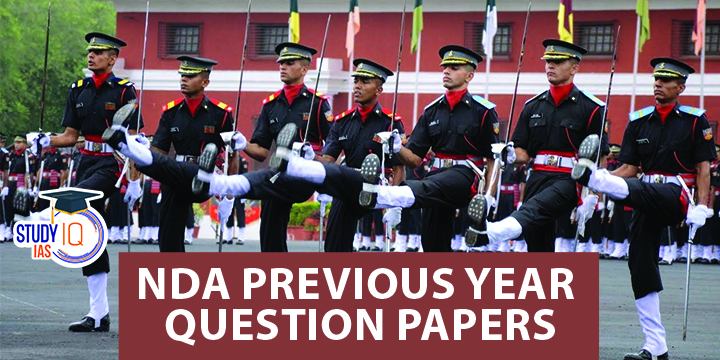 Candidates must be aware of the exam pattern and level of the UPSC NDA Exam if you intend to begin your preparation in order to increase your chances of being accepted into the Naval or National Defense Academies. The Union Public Service Commission conducts a written examination which consists if two papers i.e., General Ability Test (GAT) and Mathematics. In this article, we have included the NDA Previous Year Question Papers in PDF format which can be download easily and also help you to get a idea of the UPSC NDA Exam Pattern and Level of the Questions.

The list of previous year questions papers of National Defence Academy (NDA) and Naval Academy (NA) Examinations is provided below. If you are getting ready for the upcoming NDA 2023 Exams, you can download the PDF of the NDA Previous Year Question Paper from the link given below and also start practice as much as you can.

Q. What are the benefits of solving the Previous Year Question Paper of NDA?

Ans. Candidate must have to solve the previous year paper before appearing in the actual examination hall. It will boost your confidence level and also develop a better understanding of the subjects.

Q. What subjects are included in the NDA and NA exams?

Ans. Mathematics and General Ability Test are the two papers included in the NDA & NA Examination by the UPSC.

Q. Which book is best for NDA previous year paper?

Ans. There are several books available in the market but you have to limit your resources. For practice purpose, download the NDA previous year question paper pdf and start solving them.

Ans. NDA exam can be crack with the lots of practice of mathematics section and also solve the previous year question paper to improve a accuracy.