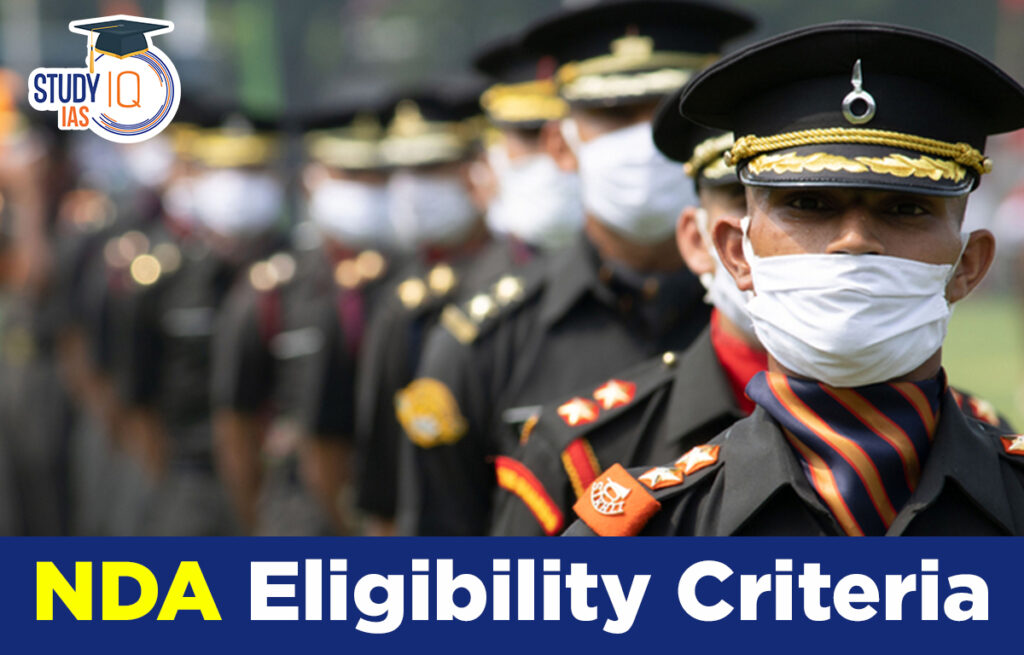 On December 21, 2022, UPSC will release a notification about the NDA 2023 Exam on its official website. The Union Public Service Commission (UPSC) conducts the National Defense Academy Exam twice a year to select suitable candidates for admission to the prestigious National Defense Academy and Naval Academy. You will get in-depth information about the eligibility criteria & age limit to take the NDA Exam in this article.

The Union Public Service Commission will conduct the NDA 2023 written exam for admission to the Army, Navy, and Air Force wings of the NDA and the Indian Naval Academy Course (INAC). The commission will release the admit card 2 to 3 weeks before the exam. In this article, you will get all the information regarding comprehensive NDA Exam Eligibility Criteria like nationality conditions, educational qualifications, age limit and physical standards.

A candidate must be unmarried male or female and must be:

To take the NDA exam and proceed on in the recruiting process, candidates must have the necessary qualifications. The table below illustrates the specifics of the candidates’ educational requirements.

NDA Age Limit 2023 will be announced in December 2022 in the official notification of the NDA exam. Anyone who wants to take this exam must be within the specified age range. Candidates whose ages exceed the NDA age limit will not be accepted as eligible candidates for the exam. According to the NDA eligibility requirements, only unmarried male and female applicants between the ages of 16.5 and 19.5 are qualified to take the exam. The eligible candidate’s birth date cannot be earlier than January 2, 2004, or later than January 1, 2007. The NDA age limit for female candidates is the same as that of male candidates.

Candidates must fulfill all physical standards in order to be admitted to the National Defense Academy and the Naval Academy in 2023 and also must be mentally and physically fit. Many qualified candidates are subsequently rejected on medical grounds. Therefore, in order to avoid disappointment at the final stage, candidates are advised to have themselves medically examined before submitting their applications.

The eligibility requirements of NDA depend largely on height and weight of the candidate. An applicant must be physically fit to be considered for the defence exam. The height and weight restrictions in the NDA examinations are the primary requirements of the candidates, and only the grounds they specify will result in a relaxation. Below, we have provided a detailed list of the required weight and height.

Exceptions for Candidates Based on Region

For Army and Air Force

Sitting Height, Leg Length and Thigh Length in Air Force for Both Male and Female Candidates

A candidate recruited for the NDA exam represents our nation and carries a lot of duties and responsibilities. It is essential for a candidate to fulfill the medical standards in good health. A medical examination for eyesight standards is one of the key prerequisites for NDA eligibility in 2023. Vision NDA medical test requirements are as follows:

Q. Who is eligible for NDA?

Ans. Yes, 12th pass candidates can apply for the NDA exam 2023 which is conducted by UPSC, twice a year.

Ans. No, You merely need to pass the 12th board exam with any percentage of the required marks in order to take the NDA exam 2023. Only the results of the NDA written test are used to determine the further SSB round and Physical & medical examination.

Q. What is the height limit for NDA?

Ans. The required height limit of a candidate is 157 cms. (For the Indian Air Force, it is 162.5 cms). For complete understanding of the eligibility criteria of the NDA exam, check the NDA’s specific height and weight criteria.

Q. Does the NDA have a physical test?

Ans. Yes, the NDA exam required a Physical and medical examination after qualifying the written exam of the NDA.