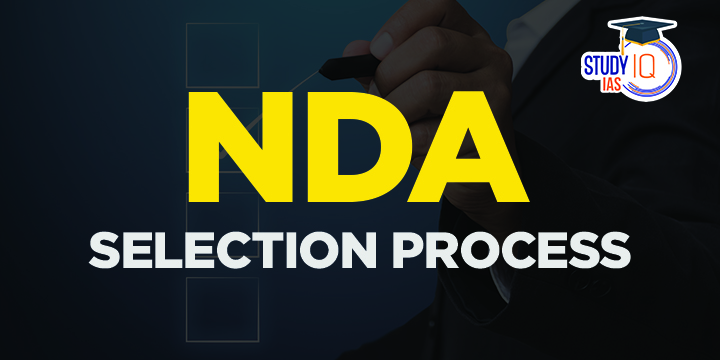 NDA Selection Procedure: In order to have a better understanding of the selection procedure for NDA examinations which is one of the most sought-after exams, in which many candidates submit their applications with the hope of being commissioned into the Indian Armed Forces. NDA Selection Process is decided by the Union Public Service Commission ‘(UPSC). Read the complete article.

The NDA examination is conducted by UPSC. This exam is conducted twice a year to induct cadets into the National Defence Academy and later to get commissioned as Indian Army officers. The selection procedure consists 3 stages, which are as follows:

Candidates who qualify the written exam will be shortlisted for the SSB Interview which is required to take assessments for Intelligence quotient and personality. To qualify for the NDA exam finally, candidates must clear a physical examination and a medical exam. NDA Notification 2023 will be released on December 21, 2022. Let’s take a closer look at the NDA Exam before going into the detailed selection process.

The NDA Selection Process requires that the candidates must first appear for a written exam. It is an objective exam with two papers —Mathematics and General Ability which consists of a total 900 marks. Only those applicants who achieve the minimum cut-off scores will be chosen for the SSB round of the recruitment process. Every candidate should be familiar with the NDA Exam Syllabus and NDA Exam Pattern in order to prepare for the written exam.

To qualify in the NDA written examination, candidates must solve the NDA Previous Year Question Papers. An overview of the first stage of the NDA Selection Process 2023 is provided below:

The Services Selection Board (SSB) conducts interviews with all candidates who passed the written test and also fulfill the requirements for NA and NDA posts and then a call letter is sent to you which consists of all the important information regarding the interview such as date, time, and location.

The document verification and submission process is a crucial step in the NDA Selection Process. The selected candidates must bring their documents at the interview time so that it can be verified. The following documents are required regarding the verification process:

While the SSB results are released, the recommended candidates must appear before the medical board. The medical board takes 4 to 5 days to complete at the respective military hospital, after which the applicants are dispersed. The president of the medical board will supervise candidates for the appeals and review processes. If a candidate has been deemed unfit, they may request the President Special Medical Board’s recommendation for a review or appeal.

The final merit list is created once the medical examinations are complete. The candidates who are deemed medically fit and make it to the final merit list are without a doubt the next batch of officers. Only those candidates who have excelled in every phase of the NDA selection process 2023 are chosen for the final merit list. Your performance on the personality tests that followed the SSB interview will be taken into account for the same. Your merit accumulated during the various stages of the NDA selection process 2023 will be deemed invalid if at any point you are determined to be unsuited for the position.

Q. What are steps for NDA selection?

Ans. There are 3 major stages for the NDA selection that includes written examination, SSB Interview Round and Medical Examination.

Q. Is selection in NDA easy?

Ans. The NDA selection process is neither that much easy nor that much difficult. This exam required a better understanding of mathematics and General Ability to pass the written exam along with the psychological aptitude & intelligence and medical fitness.

Q. How many are selected in NDA?

Ans. For NDA recruitment, there are approximately 360-370 available vacancies, and nearly 2.5 lakh applicants from around the nation take the written test. But for the SSB interview round, only around 540-550 candidates are called out.

Q. What is an NDA salary?

Ans. The NDA remuneration that is provided to candidates is Rs 56,100 per month (starting pay in Level 10) during the training sessions at the Defense training academies.

Ans. The NDA exam is the most demanding competitive examination for joining the Defense Forces in India. One must pass both the Written and SSB interview in order to be admitted to the National Defense Academy. The psychological aptitude and intelligence are assessed during the SSB interview.