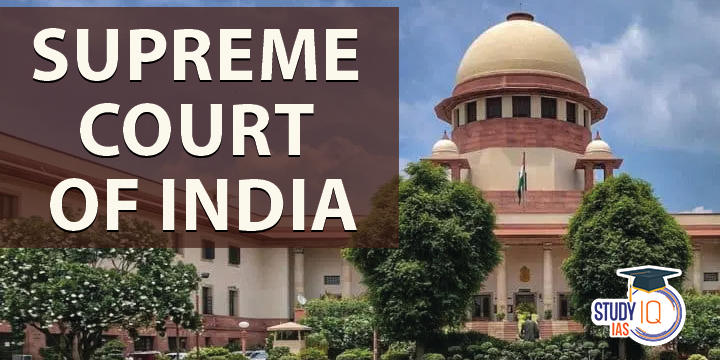 The Supreme Court of Calcutta was established as a Court of Record with full jurisdiction and authority with the enactment of the Regulating Act of 1773. In Bengal, Bihar, and Orissa, it was formed to entertain, hear, and decide on all criminal accusations as well as all cases and proceedings. In 1800 and 1823, respectively, King George III founded the Supreme Courts of Madras and Bombay. The India High Courts Act of 1861 abolished the Supreme Courts in Calcutta, Madras, and Bombay as well as the Sadar Adalats in Presidency towns and formed High Courts in various provinces.

Regarding original jurisdiction, see Article 131. Disputes between the Union and the states, the Government of India and the Government of States, or between two or more states may be included in the solely federal activities. Since the Supreme Court is the only court with original jurisdiction over these claims, no other court may hear them. It is not acceptable for a private person to file a lawsuit against the government.

The Supreme Court always records its proceedings, which take the shape of case law. All Indian courts are required to abide by such judgments.

In order to control the practise and process of the Court, the President may be consulted by the Supreme Court of India. While other matters are determined by a bench of at least three judges, the Constitutional Cases are typically handled by a bench of five judges. The Supreme Court of India is located in Delhi, according to the Indian Constitution. The Chief Justice of India, however, has the authority to designate another location (or locations) as the Supreme Court’s location. This clause is simply optional and not required.

According to Article 124, a citizen of India who is less than 65 years old may be nominated for appointment as a Supreme Court judge if:

Q How many supreme courts are there in India?

Ans. In India, there is only one Supreme Court. There are also 25 High Courts.

Q What are the powers and functions of the Supreme Court?

Q How many judges are there in Supreme Court?

Ans. The Chief Justice of India is one of the SC’s 34 judges at the moment.