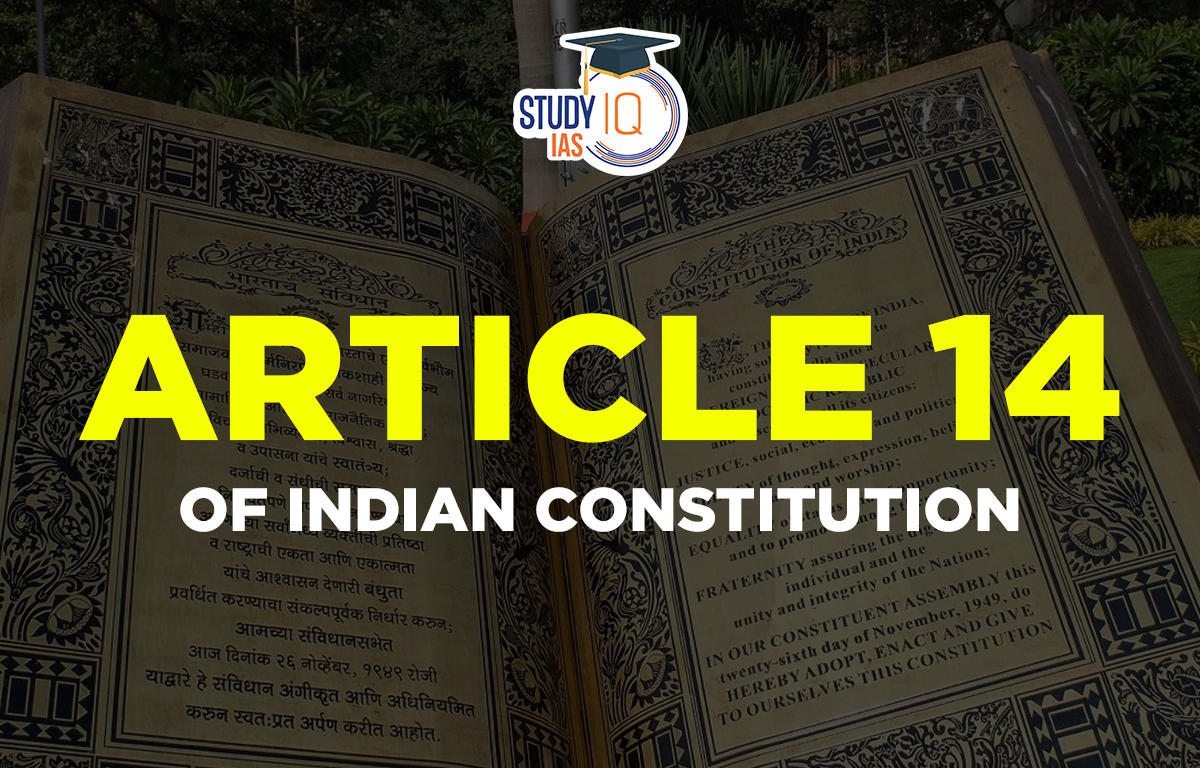 Our nation is still unable to achieve true freedom even after 73 years of independence. Discrimination and other evils still exist in our land. This taboo even affected the intention of the constitution makers or authors of our Constitution of India. Even today, there are still some places where discrimination against people is practised on the basis of factors such as religion, race, sex, caste, and country of origin.

According to liberals, every person should be treated equally, and Article 14 of Indian Constitution guarantees that every citizen will be given this protection. The amount of equality a person experiences in society is inversely connected to the amount of freedom they have. Positive and negative equality are both included in the Right to Equality.

Article 14 in the Constitution Of India

Equality Before Law: Within the territory of India, the State shall not deny to any person equality before the law or the equal protection of the laws.

The notion of equality before the law is a part of the “Rule of Law” concept. The Supreme Court ruled that the phrase “rule of Law” in Article 14 is a “basic component of the constitution.”

The principle of ‘Rule of Law’ was propounded by the British jurist A.V. Dicey. His concept has the following three elements or aspects:

There are constitutional and other exceptions to the general concept of equality before the law and it is not an absolute right. These are mentioned below:

Under Article 361 the President of India and the Governor of States enjoy the following immunities:

Reporting Proceedings of the Parliament

Regarding the publication in a newspaper (or by radio or television) of a basically true report of any proceedings of either House of Parliament or either House of the Legislature of a State, no individual shall be subject to any civil or criminal proceedings in any court.

No member of Parliament shall be liable to any proceedings in any court in respect of anything said or any vote given by him in Parliament or any committee thereof.

It provides that the laws made by the state for implementing the Directive Principles contained in clause (b) or clause (c) of Article 39 cannot be challenged on the ground that they violate Article 14. “Where Article 31-C comes in, Article 14 goes out,” the Supreme Court ruled.

Foreign sovereigns (rulers), ambassadors, and diplomats are exempt from prosecution in both civil and criminal courts.

The member of the United Nations Organisation and its agencies are protected under diplomatic immunity.

Yes, its covered under the Fundamental Rights

Under which Article the President and the Governor enjoys immunity from legal proceedings?

The concept of Equality before law has its origin from?

The concept of equality before law is of British origin.

The concept of Equality protection law has its origin from?

The concept of equality before law is originated from US constitution

Is the notion of equality before is the part of Rule of law?

The notion of equality before the law is a part of the "Rule of Law" concept. The Supreme Court ruled that the phrase "rule of Law" in Article 14 is a "basic component of the constitution."