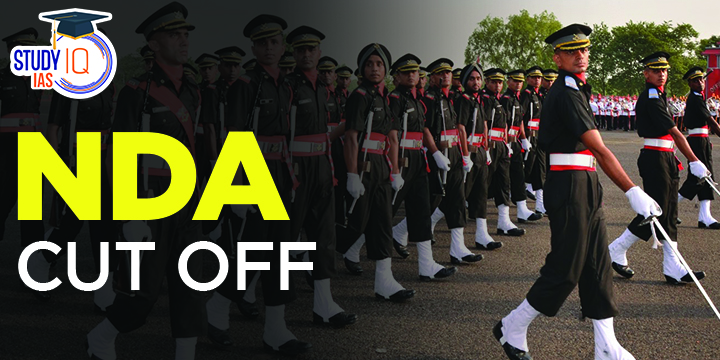 On September 19, 2022, the final result of the UPSC NDA 2 exam was announced. The UPSC NDA 2 cut-off marks and the candidates’ mark sheets will be published on the official website of the commission after the final result. The estimated cut-off scores for the written exam are given here in the table for candidates to view.

Candidates need to pass each subject with minimum 25% marks. However there is no sectional cut off. The cutoff for written exam is cumulative of marks of both the subjects (Mathematics and General Ability Test).

Here, we have covered the last ten years’ NDA exam cutoff trends both in the NDA written exam and final qualifying scores. Get an idea of the minimum marks needed to pass the full selection procedure if you are taking the examination or preparing for it. Refer to the following table to learn about the NDA’s written exam cutoff for the previous years.

Refer to the following table to learn about the NDA exam final cutoff for the previous years.

The cut-off is based on a number of variables, some of which are listed below:

Ans. The expected cut off of the NDA 2, 2022 is 339 to 342 marks out of 900 marks in the written test. The written test has 270 questions overall, out of them 150 questions coming from the General Ability Test and 120 questions from Mathematics.

Q. What is the math cutoff in NDA?

Ans. The UPSC has assigned a minimum qualifying cutoff of 25% for the GAT paper and 25% for the mathematics paper. The final NDA result is made available along with the official aggregate cutoff.

Q. When will be the NDA cutoff marks released?

Ans. After the announcement of the final result, NDA cut-offs are published in PDF format on the official website within a month.