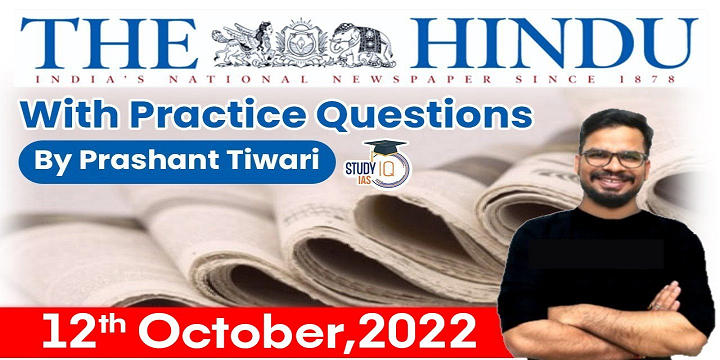 Sociologist Emile Durkheim had famously hypothesised that ‘suicides are a result of not just psychological or emotional factors but social factors as well’.

The programme, which is part of the “Lifestyle for Environment” (LiFE) initiative announced by Mr. Modi in June, will be organised by the NITI Aayog.

Q) With reference to the North Eastern Council, consider the following statements:

Q) Recently seen in the news, ‘Manesar Anti-terror 2022’ exercise is conducted among the member countries of: