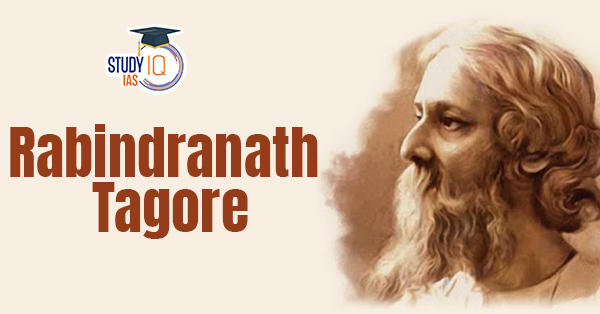 Rabindranath Tagore, who wrote the Indian National Anthem and received the Nobel Prize in Literature, was a multifaceted individual in every aspect. He was a Bengali poet, philosopher associated with the Brahmo Samaj, visual artist, playwright, novelist, painter, and composer. He was also a cultural reformer who freed Bengali art from the limitations that kept it within the realm of traditional Indian traditions. Despite being a polymath, his literary accomplishments alone are enough to qualify him for the top tier of all-time greats. Rabindranath Tagore is still renowned for his poetry and lyrics that are passionate and spiritual. He was one of those brilliant individuals who were well ahead of their time, and it is for this reason that his encounter with Albert Einstein is viewed as a confrontation between science and spirituality. In order to share his ideas with the rest of the world, Tagore went on a globe-tour and gave lectures in nations like Japan and the United States.

Debendranath Tagore and Sarada Devi gave birth to Rabindranath Tagore on May 7, 1861 in the Jorasanko palace, the Tagore family’s ancestral home in Calcutta. Out of thirteen children, he was the youngest son. Although there were many people in the Tagore family, he was largely reared by maids and servants because his father travelled extensively and his mother passed away when he was still a young child. Rabindranath Tagore was a young participant in the Bengal renaissance, in which his family actively participated. He was a child prodigy as well, because he began writing poetry at the age of 8. He also began creating art at a young age, and by the time he was sixteen, he had begun writing poetry under the pseudonym Bhanusimha. Additionally, he published the poem collection “Sandhya Sangit” in 1882 and the short story “Bhikharini” in 1877.

By reading Kalidasa’s classical poetry, he found motivation to write his own classical poetry. His siblings served as some of his other sources of inspiration and influence. His other brother, Satyendranath, was in a very prestigious position, whereas his older brother, Dwijendranath, was a poet and philosopher. His sister Swarnakumari was a very well-known novelist.   In addition to receiving instruction from his siblings in a variety of topics, including gymnastics, martial arts, art, anatomy, literature, history, and mathematics, Tagore received most of his education at home. He travelled the nation for several months in 1873 with his father. He learned a lot about many different topics on this journey. He learned about Sikhism during his time in Amritsar, and he later used this knowledge to write up to six poems and numerous articles about the religion.

The traditional education of Rabindranath Tagore began in a public school in Brighton, East Sussex, and England. His father intended him to become a barrister, therefore he was sent to England in 1878. Later, he was joined by some of his family members to help him during his stay in England, including his nephew, niece, and sister-in-law. Rabindranath had never been a fan of formal education and as a result, he had little interest in attending his school. Later, he was enrolled at the University College of London, where he was invited to study law. But he abandoned his studies once more and studied several Shakespearean plays on his own. After studying the fundamentals of English, Irish, and Scottish literature and music, he returned to India and married Mrinalini Devi when she was just 10 years old.

Establishment of Santiniketan by Rabindranath Tagore

In Santiniketan, the father of Rabindranath had purchased a huge property. In 1901, he relocated to Santiniketan and established an ashram with the intention of opening an experimental school on his father’s property. The classes there were held under trees and used the conventional Guru-Shishya method of instruction. It was a prayer hall with marble flooring and was called “The Mandir.” Rabindranath Tagore felt that the rebirth of this ancient method of education would be advantageous in comparison to the modern approach.

When Tagore was just a teenager, he started to compose short stories. His first published work was “Bhikharini.” His stories during the early years of his writing career represented the environment in which he was raised. Among many more stories, some of his most well-known short stories are “Kabuliwala,” “Kshudita Pashan,” “Atottju,” “Haimanti,” and “Musalmanir Golpo.”

It is said that among his works, his novels receive the least amount of attention. One of the causes of this might be his distinct narrative style, which is still challenging for readers today. His writings addressed future threats of nationalism as well as other important societal problems. His book, “Shesher Kobita” presented its tale through poetry and the rhythmic narration of the main character. Rabindranath Tagore was a dated poet, so he added a sarcastic touch to it by having his characters make fun of him! His other well-known books include “Noukadubi,” “Gora,” “Chaturanga,” “Ghare Baire,” and “Jogajog.”

Rabindranath was influenced by classical poets from the 15th and 16th centuries, including Ramprasad Sen and Kabir, and his work is frequently compared to theirs. He advised the future poet to think of Tagore and his writings while they read the poem. His best works include “Balaka,” “Purobi,” “Sonar Tori,” and “Gitanjali,” among others.

The political stance of Tagore was a little ambiguous. Despite his criticism of imperialism, he backed the continuation of British rule in India. In his essay “The Cult of the Charka,” which was published in September 1925, he opposed Mahatma Gandhi’s “Swadeshi Movement.” He thought that the British and Indians should coexist and claimed that the British occupation of India was a “political symptom of our social disease.”

He opposed nationalism and said it was one of the worst problems humanity had ever faced. Although he occasionally supported the “Indian Independence Movement,” he once said that “a nation is that aspect which a whole population assumes when organized for a mechanical purpose.” He even renounced his knighthood on May 30, 1919, in the wake of the “Jallianwala Bagh massacre.” Overall, his vision of a free India was based not on its independence from foreign rule, but on the inhabitants’ freedom of conscience, behavior, and thinking.

On November 14, 1913, Tagore received the “Nobel Prize in Literature” in recognition of his significant and groundbreaking literary achievements. In 1919, following the “Jallianwala Bagh massacre,” he renounced his 1915 knighthood. In 1940, “Oxford University” presented him with a Doctorate of Literature during a special ceremony held at Shantiniketan.

The final four years of Rabindranath Tagore’s life were spent in excruciating suffering, and he battled two protracted illnesses. He fell into a comatose state in 1937, which returned three years later. After suffering a prolonged period of illness, Tagore passed away on August 7, 1941, in the same Jorasanko mansion where he was raised.

Rabindranath Tagore had an everlasting impact on many people because he altered how Bengali literature was perceived. Numerous annual events honor the eminent author in addition to the other statues and sculptures that have been created in numerous nations. Many translations into other languages by well-known authors, around the world helped make many of his works more widely known. There are five Tagore-specific museums. Three of them are in India, and the other two are in Bangladesh. The museums house his famous works, and millions of people visit them each year.

Q Why did Tagore win the Nobel Prize?

Q Why is Rabindranath Tagore famous?

Ans. Rabindranath Tagore (1861 – 1941) is best known as a poet and, in 1913 was the first non-European writer to be awarded the Nobel Prize for Literature.

Q What language did Tagore write in?

Ans. Millions of songs were also written by Tagore in addition to books, essays, short stories, travelogues, and dramas. It’s possible that Tagore’s short stories, for which he is in fact credited with creating the Bengali-language version of the genre, are his most well-regarded works of literature.

Q What is Rabindranath Tagore’s most famous poem?

Ans. The poetry book Gitanjali, for which Tagore received the Nobel Prize in 1913, is his most well-known work internationally.

Q What is the famous slogan of Rabindranath Tagore?

Ans. The renowned proverb, “You cannot cross the sea by merely standing and gazing at the ocean,” was coined by Nobel laureate Rabindranath Tagore and conveys the message that we should not engage in foolish wishes.

Q Why is Gitanjali so famous?

Ans. Gitanjali, a collection of poetry by Rabindranath, is also referred to as “Song Offerings” and was first written in Bengali before being translated into English. As a result, he was awarded the Nobel Prize in Literature. The powerful prose lines of Gitanjali convey his immeasurable suffering and unwavering commitment to God.

Why did Tagore win the Nobel Prize?

Why is Rabindranath Tagore famous?

Rabindranath Tagore (1861 – 1941) is best known as a poet and, in 1913 was the first non-European writer to be awarded the Nobel Prize for Literature.

What language did Tagore write in?

Millions of songs were also written by Tagore in addition to books, essays, short stories, travelogues, and dramas. It's possible that Tagore's short stories, for which he is in fact credited with creating the Bengali-language version of the genre, are his most well-regarded works of literature.

What is Rabindranath Tagore's most famous poem?

The poetry book Gitanjali, for which Tagore received the Nobel Prize in 1913, is his most well-known work internationally.

What is the famous slogan of Rabindranath Tagore?

The renowned proverb, "You cannot cross the sea by merely standing and gazing at the ocean," was coined by Nobel laureate Rabindranath Tagore and conveys the message that we should not engage in foolish wishes.

Why is Gitanjali so famous?

Gitanjali, a collection of poetry by Rabindranath, is also referred to as "Song Offerings" and was first written in Bengali before being translated into English. As a result, he was awarded the Nobel Prize in Literature. The powerful prose lines of Gitanjali convey his immeasurable suffering and unwavering commitment to God.