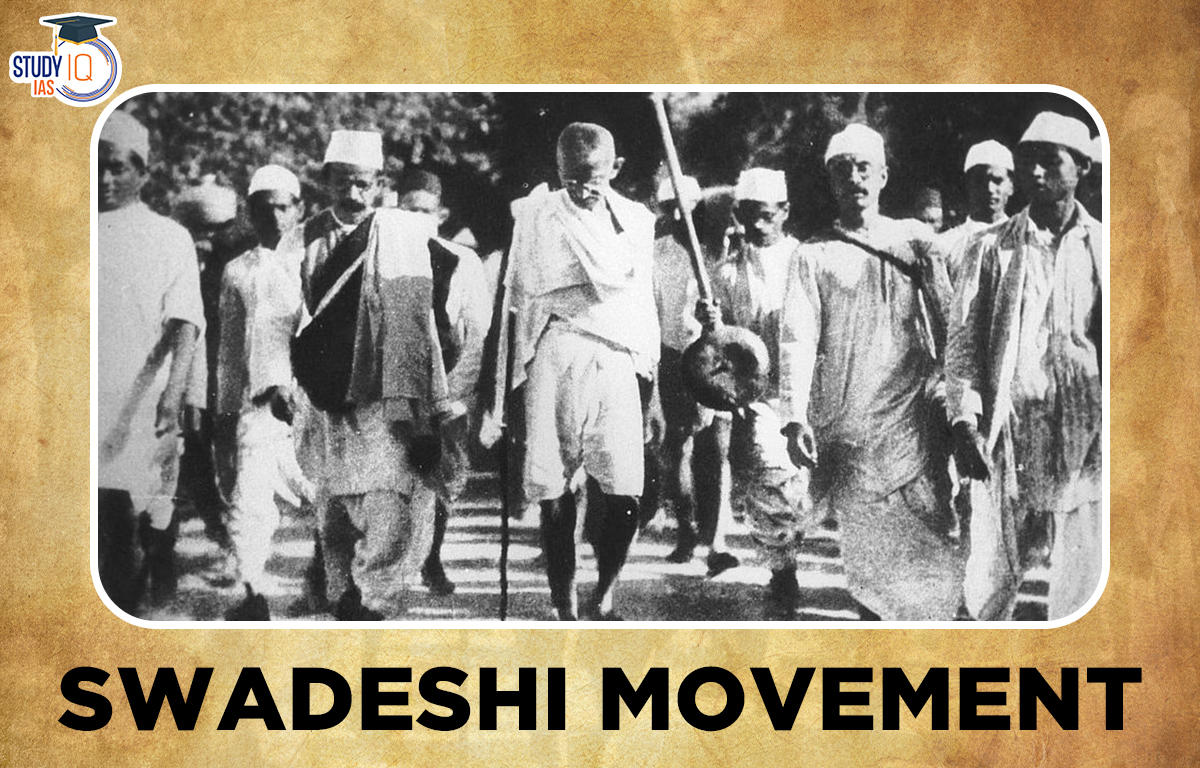 The Swadeshi movement, which placed a strong emphasis on self-sufficiency during the Indian independence movement, helped to shape Indian nationalism. As a unified reaction to Bengal’s Partition, the Swadeshi movement began in 1905 and lasted until 1908. Among the pre-Gandhian movements, it was the most successful.

Swadeshi Movement and Partition of Bengal

On October 16, 1905, the British Government divided India despite strong opposition. The British government claimed that administrative convenience was the driving force behind the division. However, the main reason was to divide Bengal province which was becoming the main centre of the nationalist movement.

Following the partition, the Extremist wing of the Indian National Congress took over as the anti-partition movement’s leader. Extremist leaders thought that protests, gatherings of the general public, and resolutions would not have much of an effect on the British government. They believed that passive resistance was necessary in order to best convey the intensity of the general sentiment. They believed that boycotting and swadeshi were the answers.

Swadeshi Movement Course of the Movement

The movement had its nucleus in Bengal but it quickly spread to other parts of India including Bombay, Poona, Punjab, Madras and Delhi.

The government responded with suppressive action, including lathi charges on students, outlawing the singing of Vande Mataram, not allowing public meetings, arrest and imprisonment of Swadeshi leaders, press censorship

The government also gave proposals for legislative reforms which placated many congress leaders. This created division within congress as many were opposed to falling to this bait. Slowly government was able to suppress the movement.

Swadeshi Movement was the first organized mass movement that took place in response to the British Government’s decision to partition Bengal province. It was led by the congress organization, particularly extremists within the congress. The movement saw the participation of the masses including women, students and urban middle class and rural peasants. The movement led to a number of political, social, cultural and economic developments. The British Government was taken by surprise and responded with ruthless repression. Despite this people remained largely non-violent and used the technique of passive resistance as their strength. The movement ultimately subsided with the split of Congress in the Surat session. However, it remained an inspiration for future movements to come.

Who started the Swadeshi movement and why?

Swadeshi Movement was started by the Congress in opposition to the British Government decision to partition Bengal.

What was the main purpose of the Swadeshi movement?

Main purpose of the Swadeshi movement was to protest against the partition of Bengal province.

Who is the main leader of the Swadeshi movement?

The Swadeshi movement was primarily led by the extremist faction of the Indian National Congress.

Who ended the Swadeshi movement?

Swadeshi Movement ended due to suppression of government and split of congress organization in 1907 during the Surat Session.

What does Swadeshi stand for?

Swadeshi stands for indigenous. It instills a strong feeling of nationalism.