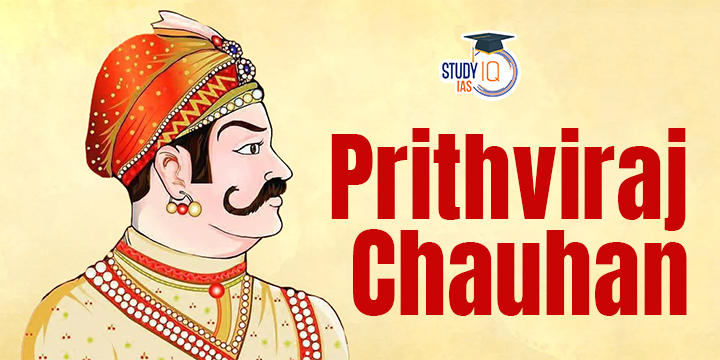 One of the finest Rajput emperors was Prithviraja III, better known as, Prithviraj Chauhan. In modern-day Rajasthan, Haryana, Delhi, Uttar Pradesh, and Madhya Pradesh, he held influence over a significant portion of those states. Prithviraj Chauhan, a hero who fought bravely against the Muslim kings’ invasion, is frequently hailed as a heroic Indian king. The second month of the Hindu calendar, Jyeshtha, which corresponds to May or June on the Gregorian calendar, is where Prithviraja III was born, according to the well-known eulogistic Sanskrit epic Prithviraja Vijaya. The precise year of his birth is not mentioned in “Prithviraja Vijaya.”

According to other mediaeval biographies, Prithviraj Chauhan received a good education and showed intelligence as a young child. They also claim that Prithviraj showed a strong interest in combat as a child, which allowed him to pick up some of the most challenging military abilities relatively early.

After his father, Someshvara, passed away in 1177 CE, Prithviraj tookover the kingdom at the age of barely 11 years old. The youthful king had inherited a kingdom when he was crowned, and it stretched from Sthanvishvara in the north to Mewar in the south. His mother, Karpuradevi, was appointed as his regent because Prithviraj was still a minor when he ascended to the throne. During Prithviraj’s early reign as king, the kingdom’s administration was run by Karpuradevi, with help from a regency council.

The youthful king was assisted by a few ministers throughout the early years of his reign; these individuals are mentioned in “Prithviraja Vijaya.” According to the poem, the chief minister Kadambavasa, was a capable leader who was devoted to the king. It further claims that Kadambavasa, was crucial to many of Prithviraj’s triumphs in the first few years of his rule. Bhuvanaikamalla, Karpuradevi’s paternal uncle, was another significant minister who served in Prithviraj’s court at this period. Bhuvanaikamalla is characterized by Prithviraja Vijaya as a brave general.

Nagarjuna, Prithviraj’s cousin, had rebelled against Prithviraj Chauhan’s coronation. Nagarjuna had taken control of the Gudapura fort in an effort to exact revenge and demonstrate his dominance over the realm. Prithviraj besieged Gudapura to display his military power. It was one of Prithviraj’s initial military triumphs.

According to several inscriptions at Madanpur, Prithviraj vanquished the formidable Chandela ruler Paramardi in 1182 CE. Due to Prithviraj’s triumph over the Chandelas, the Chandelas joined forces with the Gahadavalas, increasing the number of his opponents.

The struggle between Prithviraj’s empire and the Chaulukyas of Gujarat is mentioned in history, but given the exaggerated tone of the poem, many of the references made in Prithviraj Raso seem to be questionable. However, a few trustworthy sources do mention a peace agreement signed by Prithviraj Chauhan and Bhima II of the Chaulukyas, which suggests that the two kingdoms were at war.

The Gahadavala kingdom’s Jayachandra, another strong ruler, and Prithviraj Chauhan, according to a well-known legend from Prithviraja Vijaya, Ain-i-Akbari, and Surjana-Charita, had a disagreement.

Prithviraj Chauhan in Battles of Tarain

Muhammad of Ghor, who wished to expand his empire to the east, ruled a sizable region to the west of the Chahamana dynasty. Muhammad of Ghor started a war with the Chahamanas because he needed to beat Prithviraj Chauhan in order to accomplish his goal. Prithviraj and Muhammad of Ghor engaged in at least two engagements, according to historians, despite several rumours to the contrary. They later became known as the “Battles of Tarain” because they were fought close to the town of Tarain’

1. Prithviraj Chauhan in the First Battle of Tarain

Muhammad of Ghor conquered Tabarhindah, which belonged to the Chahamana dynasty, between 1190 and 1191 CE. Prithviraj marched in the direction of Tabarhindah after hearing about the invasion. At a location called Tarain, the armies came together. This conflict, known as the “First Battle of Tarain,” saw Prithviraj’s army triumph over the Ghurids. Muhammad of Ghor was able to flee with some of his soldiers, so he was unable to be apprehended.

2. Prithviraj Chauhan in the Second Battle of Tarain

Due to Prithviraj’s disagreements with Hindu kings, the majority of the Rajput allies had abandoned him when Muhammad of Ghor came back to exact revenge for his defeat. Prithviraj possessed an outstanding army, yet he was still able to put up a decent battle. Multiple reports claim that once Muhammad of Ghor had succeeded in tricking Prithviraj’s army, the camp was attacked at night. Due to this, Muhammad of Ghor was able to overcome Prithviraj’s armies and take full control of Ajmer, the Chahamanas capital.

It is significant to highlight that it is unclear exactly when and how he passed away. According to numerous records from the middle Ages, Muhammad of Ghor took Prithviraj to Ajmer where he was confined as a vassal of the Ghurids. After challenging Muhammad of Ghor, Prithviraj Chauhan rebelled and was later put to death for disloyalty. The “horse-and-bullman” style coins, which bear the names “Muhammad bin Sam” on one side and “Prithviraj” on the other, add legitimacy to this theory. Different sources give different explanations for Prithviraj Chauhan’s demise.

Hasan Nizami, a Muslim historian, claims that Prithviraj Chauhan was beheaded by the monarch after the king discovered his involvement in a plot against Muhammad of Ghor. The specifics of the conspiracy’s makeup are not fully disclosed by the historian.

The building that was next to the court and the room of Muhammad of Ghor has reportedly been preserved by Prithviraj Chauhan, according to Prithviraja-Prabandha. With the intention of killing Muhammad, Prithviraj Chauhan requested a bow and arrows from his minister Pratapasimha. In addition to giving him the weapons he requested, the minister also told Muhammad about the covert strategy Prithviraj had been preparing to have him killed. After being abducted, Prithviraj Chauhan was dumped into a pit and stoned to death.

After his death, Prithviraj Chauhan was mostly portrayed as a strong Hindu monarch who had been successful in fending off the Muslim invaders for a considerable period of time. Additionally, he is frequently represented as a representation of Indian strength in mediaeval India before to the establishment of Islamic control. In several Indian movies and television shows, including “Samrat Prithviraj Chauhan” and “Veer Yodha Prithviraj Chauhan,” Prithviraj Chauhan’s valiant deeds have been depicted. The valiant Rajput ruler is commemorated by numerous memorials in Ajmer, Delhi, and other locations.

Q How did Prithviraj Chauhan lost his eyes?

Ans. As a result, Mahmud ghori attacked India once more, and Prithviraj Chauhan was vanquished and taken prisoner in the second battle of Tarain. He was handled horribly, had hot irons thrust into his eyes, and was rendered blind.

Q How many wives did Prithviraj Chauhan have?

Ans. It’s possible to question and remove unsourced material. Samyukta, sometimes known as Sanyogita or Sanjukta, was one of Prithviraj Chauhan’s three wives and the daughter of Jaichand, the King of Kannauj.

Ans. It is well known that Prithviraj Chauhan was a valiant warrior king who heroically resisted Muhammad of Ghor, the head of the Muslim Ghurid dynasty, with all his might. Prithviraj was killed after being beaten by the Ghurids in the second battle of Tarain in 1192 CE.

Q What can we learn from Prithviraj Chauhan?

Ans. He should have aggressively pursued him and made an attempt to assassinate him at that precise moment. He ought to have wrecked havoc on the defeated and demoralised enemy army and taught it a lesson not to look at India ever again. But Prithviraj let the chance pass by.

Q What was the main achievement of Prithviraj Chauhan?

Ans. In 1191 AD, Prithviraj oversaw a coalition of Rajput princes that routed Muhammad Ghori’s Ghurid army near Taraori. However, Ghori reappeared with a force of mounted Turkish archers in 1192 CE and overcame the Rajput army there.