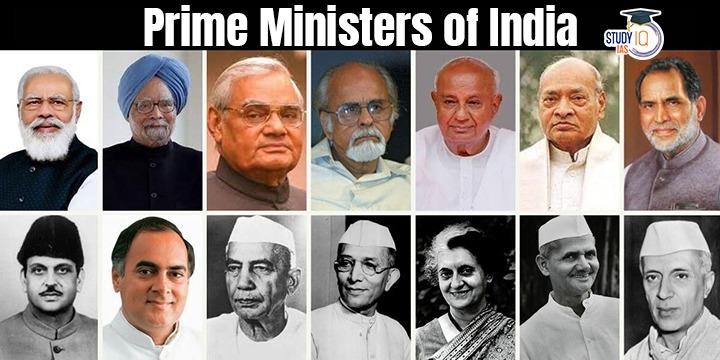 In India, the executive department of the government is headed by the Prime Minister. Along with serving as the president of India’s Council of Ministers, the prime minister also serves as his top advisor. The Prime Minister (PM) must be a member of the political party or coalition that holds a majority in the Lok Sabha, one of India’s two houses of parliament. The other house is the Rajya Sabha, which is the Council of the States. Narendra Damodardas Modi is the Present Prime Minister of India.

The Head of the Indian Government is the Prime Minister. The ministers’ separate portfolios may be assigned by the prime minister. The Prime Minister serves as the Cabinet’s chairman and leads meetings of the Cabinet. If there is a significant disagreement in opinion among the members, he can impose his decision. When attending high-level international conferences, the prime minister represents the nation. The President and cabinet are connected by the Prime Minister. All Cabinet decisions relating to the management of Union affairs and legislative proposals are sent to the President by him. The Nuclear Command Authority, NITI Aayog, the Appointments Committee of the Cabinet, the Department of Atomic Energy, the Department of Space, and the Ministry of Personnel, Public Grievances, and Pensions are all under the direction of the Prime Minister. He serves as the President’s top adviser.

Appointment of Prime Minister of India

Position of Prime Minister of India

The Prime Minister has been held in considerably higher regard since the time of the first Prime Minister, Pandit Jawaharlal Nehru. His leadership of the majority party and dominant position in the Cabinet both contribute to his preeminence.

When all of these positions of authority are merged in one person, he ranks significantly higher than a regular Minister. The Council of Ministers is automatically dissolved upon the passing or resignation of the Prime Minister. The result is a vacuum. A Minister’s death, resignation, or termination just leaves a vacancy, which the Prime Minister may or may not want to fill. The absence of a Minister can be easily made up for, but the Government cannot function without a Prime Minister.

An Indian freedom warrior who belonged to the Indian National Congress party was Pandit Jawaharlal Nehru. He served as Phulpur’s MP. After India gained independence, on August 15, 1947, Jawaharlal Nehru became the country’s first prime minister. Lord Mountbatten picked him, and he formed the First Nehru Ministry with fifteen other ministers. He served in office from 15 August 1947 to 15 April 1952 during his first term.

India’s first female prime minister was Indira Gandhi. She held the position of Prime Minister of India for four terms totaling three consecutive terms (1980–1984) and one term from 1980–1984 before being killed.

Relationship between Prime Minister & The President

The relationship between the Prime Minister and the President is covered by a few sections of the Indian Constitution. The articles are: Article 74, Article 75 and Article 78

Q Who was the 1st Prime Minister of India?

Q Who is the first woman Prime Minister?

Ans. Jagdambika Pal was 1day CM India. He currently holds the record for the shortest tenure of any Indian state’s chief minister, at just one day. He’s renowned as the “one-day chief minister” in popular culture. However, the legitimacy of his administration is in question because the Allahabad High Court had ruled that the Kalyan Singh government’s removal was unconstitutional.

Q Who is the First Lady CM in India?

Ans. Indian politician and liberation activist Sucheta Kripalani was the 1st lady CM in India. She led the Uttar Pradesh government from 1963 to 1967 as the country’s first female chief minister.

Ans. Pawan Kumar Chamling was number one CM in India.