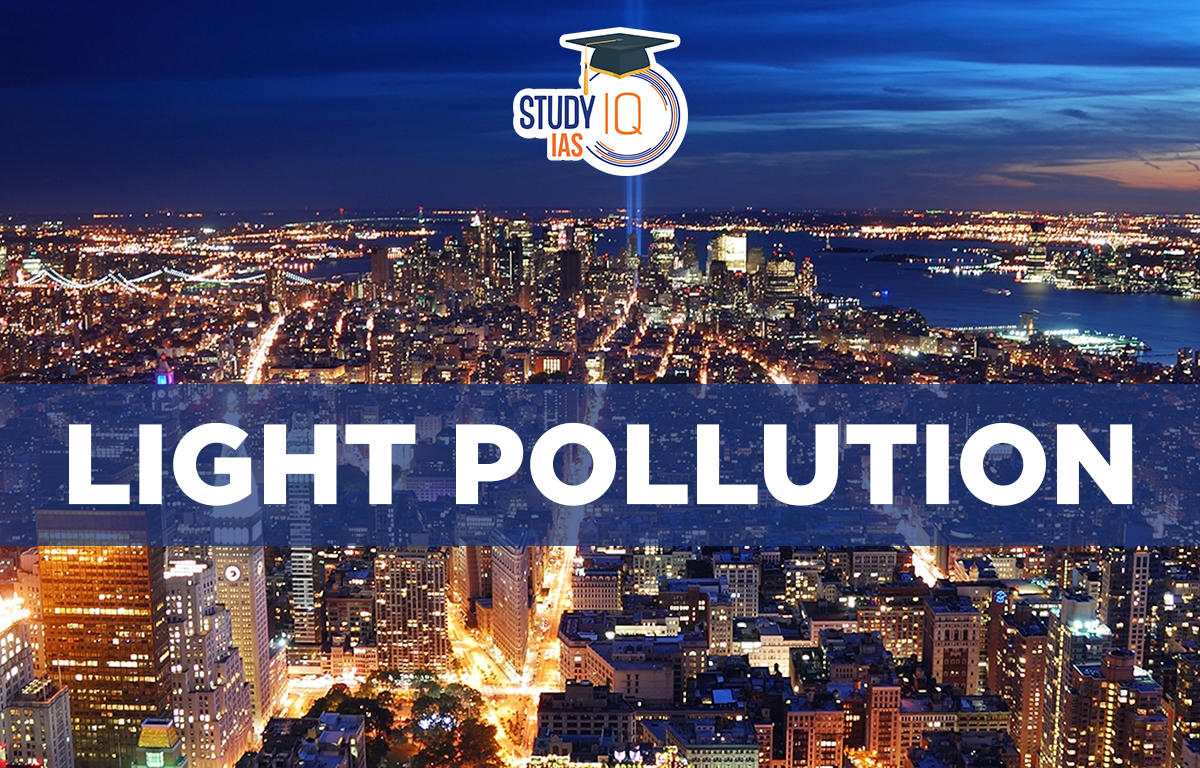 Context: According to a study, ‘Sky Glow’ (a form of light pollution) has increased by nearly 10 per cent annually in the last decade.

What is Light Pollution?

What is Light Pollution?

It is the alteration of night natural lighting level caused by unwanted, inappropriate or excessive anthropogenic artificial sources of light. It’s a side effect of industrial civilization and urbanization.