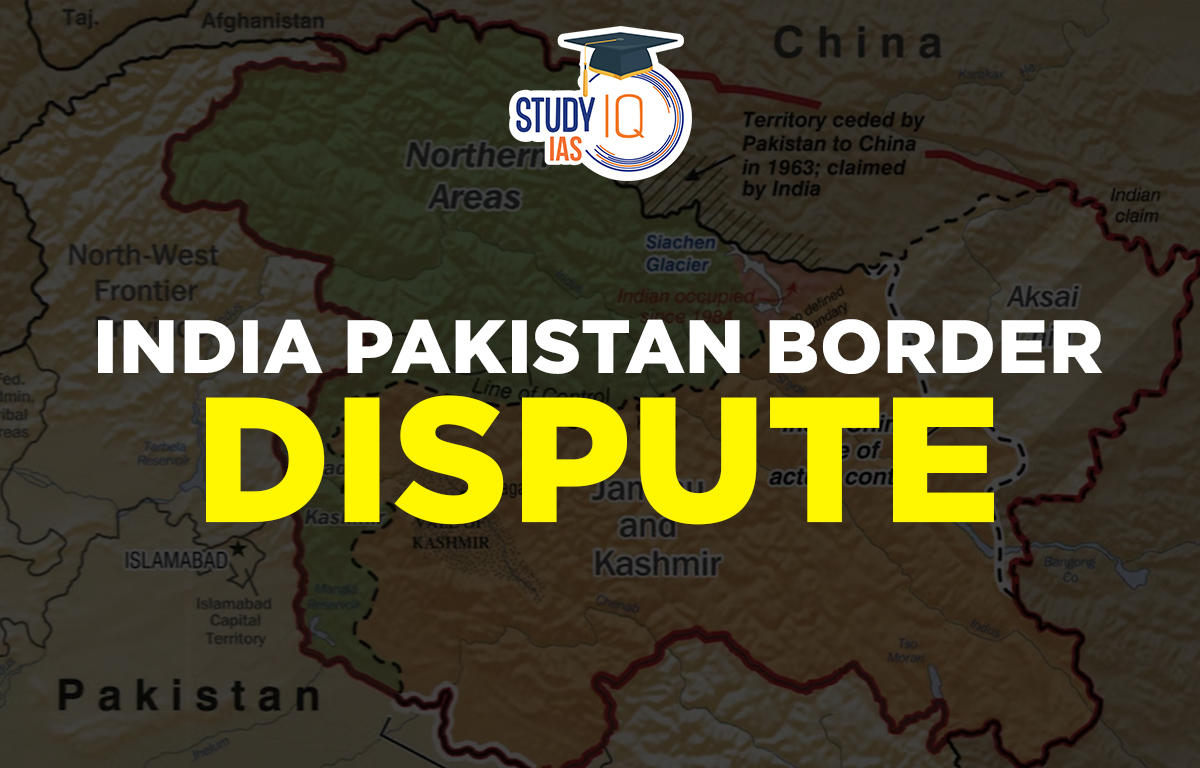 Since, 75 years of India’s independence, India has been in boundary disputes with nearly all its neighbours. It is the result of arbitrarily drawing the boundaries of nations by the British. Over the years leaders of these neighbouring nations have sat together to resolve these boundary disputes. Many of them are already resolved.

After the independence India and Pakistan charted out separate courses for nation-building with the hope that there was little left to fight between the two countries. However, the history of India-Pakistan relations over the last 72 years has been a mix of aggression-reconciliation.

Here is the major India Pakistan Border Dispute described in detail along the border area:

Radcliffe had divided the district of Jalpaiguri between India and Pakistan by awarding some thanas to one country and others to the other country. The boundary lines were determined based on the boundaries of the thanas and Berubari was one of the Thana.

Berubari was a region in the Cooch Bihar district of West Bengal which was treated as part of India there was some disputed area in this region which was later on transferred to East Pakistan (Present Bangladesh) after the Parliament enacted the 9th Constitutional Amendment Act.

The dispute over this territory started with the partition of India in 1947. Both India and Pakistan claimed the whole of Jammu & Kashmir (including now the Union territory of Ladakh) till 1963. After 1963, Pakistan recognised Chinese sovereignty over Trans-Karakoram Tract and Aksai Chin. The area of Kashmir, under Pakistan’s occupation, is called Azad Kashmir and Gilgit-Baltistan.

It is a tidal estuary in the marshlands of the Indus River delta on the border of India and Pakistan. It flows into the Arabian Sea and separates Gujarat in India from the Sindh province of Pakistan. India follows the Thalweg Principle in international law according to which, if the boundary between two political entities is a waterway, the boundary follows the thalweg of that watercourse.

Pakistan rejects this by saying that the principle is applicable only to navigable channels which Sir Creek is not according to Pakistan. Although, India’s stand is that Sir Creek is navigable during high tides and that fishing trawlers use the channel to go out into the sea.

The Karachi ceasefire agreement of July 1949 contains ambiguity, which is directly responsible for the Siachen issue. After grid reference NJ 9842, which is south of the Siachen glacier, to the Chinese border, the agreement that established the ceasefire line and the positions of the two militaries at the end of the 1947–1948 conflict left it as “Chalunka (on the Shyok River), Khor, and thereafter North to the glaciers.”

The glacier’s highest peaks were seized during Operation Meghdoot in April 1984. In order to maintain the tactical advantage of high ground, the Indian Army currently controls the whole 70 km long Siachen. Glacier and all of its tributary glaciers, as well as the three main passes of the Saltoro Ridge directly west of the glacier, Sia La, Bilafond La, and Gyong La.

It is a range of the Karakoram or Saltoro Ridge. It is located over Karakoram Range the southwest of Siachen. India’s military controlled the peaks and passes of this range in 1984 and Pakistan controls the western part of the valley.

Here is the India-Pakistan Border Dispute Map provided to you for clear understanding.

A light of hope is offered by occasions like the opening of the Kartarpur Corridor, where political issues are put on the back burner and widespread feeling is prioritized on both sides, despite the bilateral ties being at an all-time low.

The only way out now, when the Indian government maintains that talks and terrorism cannot coexist, appears to be through non-political measures, such as trade concessions, people-to-people confidence-building measures, and international mediation. Pakistan’s political policy with India is complete isolation, disruption of bilateral and diplomatic talks, and complete isolation of India.

India should focus on bringing Jammu & Kashmir back to normal by integrating the population, particularly the young, and promoting regional investment. By addressing matters like the NRC with knowledge and calming minority concerns in India, CAA would disarm Pakistan in international forums.

Pakistan is in a grave economic situation and is about to face further international sanctions (FATF grey list). At this point, lowering trade barriers on a bilateral basis and facilitating cross-border trade could help bridge the trust gap between the two nations.

The required momentum might be provided by indirect mediation efforts through nations like the US, China, and Russia that have called for bilateral talks following the abrogation of Resolution 370. Annual summits of the SCO, SAARC and other organisations may be helpful in launching a constructive bilateral discussion between the two.

India should wait for Pakistan to reset itself before trying to find any shortcuts to achieving peace and serenity with that country. Even though Pakistan’s internal political processes are largely out of India’s control, Pakistan shouldn’t be allowed to dictate how the India-Pakistan relationship is shaped.

India should undertake a containment and negotiation-focused policy. The best-case scenario for India and Pakistan is that diplomatic ties are fully restored, trade is allowed to resume, and some travel restrictions are relaxed.

Why is Sir Creek being a disputed territory?

The disputed started in 1908, when government of Sindh and Kutch Ruler argued over the collection of firewood’s from the creek region.

By which amendment act Berubari region was given to East Pakistan (Bangladesh)?

By 9th Constitutional Amendment Act 1960 Berubari was given to East Pakistan (Bangladesh).

What was the purpose of Operation Meghdoot?

Saltoro Ridge is located in which Range?

It is located over the Karakoram Range