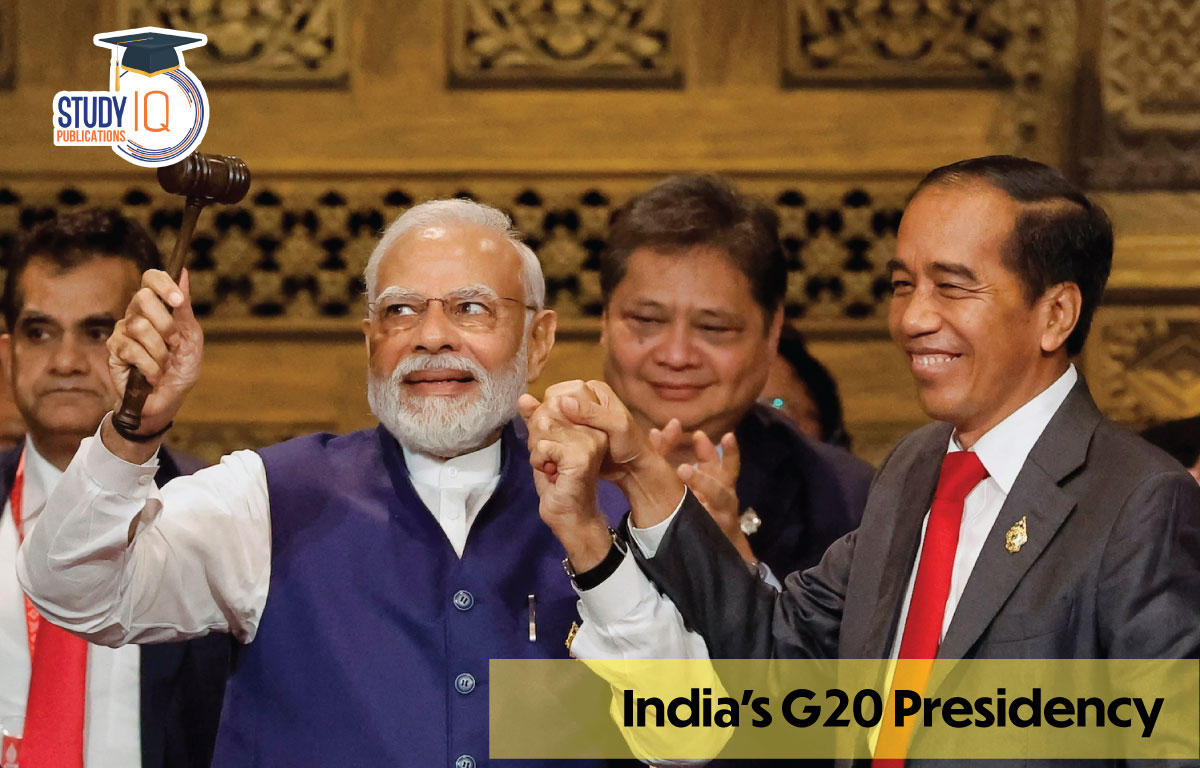 G20 Founded in 1999, G20 or Group of 20 is an intergovernmental forum comprising 19 nations around the world and the European Union. It is the leading forum for deliberation and coordination of core economic and policy issues at the global scale through dialogues, discussion, planning and implementation. It includes both developed and developing nations and these 20 countries account for 80% of the world’s GDP, around 75% of the world trade, and 60% of the world’s population.

The group does not have a permanent secretariat and each annual meeting is supported and coordinated by the Troika – the past, the current and the incoming presidency. For the 2023 G20 Summit, the Troika consists of Indonesia, India and Brazil.

Current Challenges: Pandemic and the Ukraine war have once again exposed fragilities in the post-World War multilateral system.The inability of multilateral institutions to handle emerging crises, including climate emergencies and geopolitical tensions, has led to a loss of confidence in these institutions.