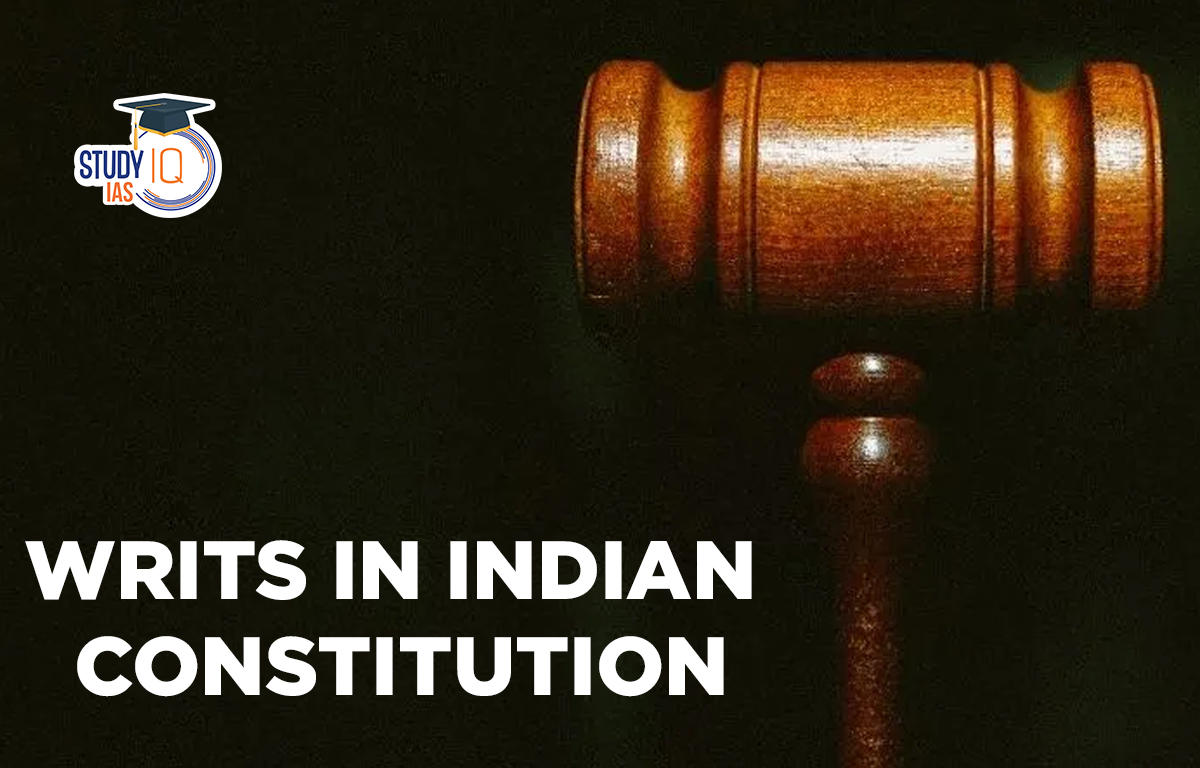 Writs are orders given by courts to uphold the Fundamental Rights of people (citizen or alien). Writs are written orders issued by the Supreme Court or a High Court directing Indian citizens to pursue constitutional remedies in the event that their basic rights have been violated.

The following points must be noted with respect to the Habeas Corpus Writ:

Mandamus’ meaning can be translated to ‘We Command’. Thus, it is an order given by Courts to executive authorities to perform certain actions to safeguard the Fundamental Rights of people. A Mandamus writ can be issued against any public body, tribunal, corporation, or lower court.

The following points must be noted with respect to the Mandamus Writ :

The following points must be noted with respect to the Prohibition Writ :

Certiorari can be translated to ‘to be certified or informed’. The Court issues this writ to lower courts or tribunals to transfer certain cases pending before them or to quash orders issued by them in certain cases. This is done when the Supreme Court or the High Court feels that the lower court or tribunal has gone beyond its jurisdiction. It is remedial in nature in contrast to Prohibition Writ, which is only preventive in nature.

The following points must be noted with respect to the Certiorari Writ :

Quo Warranto can be translated to ‘by what authority or warrant’. Clearly, it is issued by the court to prevent the usurpation of public offices when it violates the fundamental rights of people. Using this, a court questions the claim of an individual over a public office.

The following points must be noted with respect to the Quo Warranto Writ:

Writ Jurisdiction of the Supreme Court or the High Courts upholds their position as protector of the fundamental rights of people. It complements the fundamental right to constitutional remedies under Article 32 of the Indian Constitution. As discussed above, the courts can issue 5 types of writs to bring this into effect.

Historically, writs were called prerogative writs, as they were issued by the crown to remedy under extraordinary situations. Under the modern legal and administrative system, this terminology is not used.

The following considerations must be made in relation to High Court Writs:

Writs are orders given by courts to uphold the fundamental rights of people (citizens or aliens). In the Indian Constitution, there are five types of writs which include Habeas Corpus, Mandamus, Prohibition, Certiorari and Quo Warranto. Writs can be issued by the Supreme Court and the High Courts against public executive bodies and individual, quasi-judicial bodies, judicial bodies, and private individuals, depending on the type and nature of the writ.

What are the 5 writs?

What do we mean by writ?

Writs are orders given by courts to uphold the fundamental rights of people (citizens or aliens).

Who can file a writ?

Any person whose fundamental rights are infringed by the state can file a writ petition in court.

Is habeas corpus a writ?

Yes. The Latin meaning of Habeas Corpus is ‘to have the body of’.

The five type of writs in Article 32 are Habeas Corpus, Mandamus, Prohibition, Certiorari and Quo Warranto.