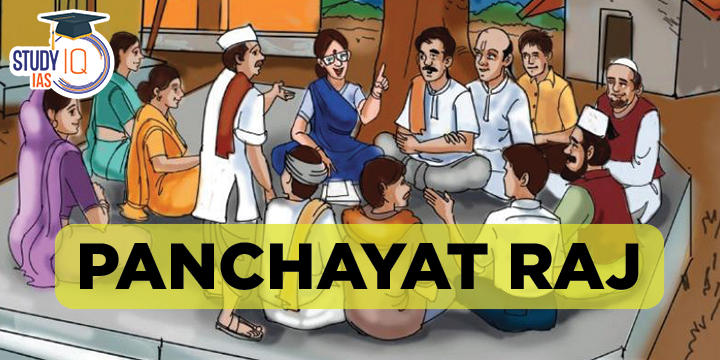 The Panchayati Raj System in India stretches back before the country gained its freedom. In rural India, the village panchayat has long served as the main political institution. Panchayats were typically elected bodies with both executive and judicial authority in ancient India. The influence of foreign powers, particularly the Mughals and the British, as well as spontaneous and imposed socioeconomic development had diminished the significance of village panchayats. However, during the pre-independence era, the panchayats served as tools for the upper castes’ supremacy over the rest of the village, which widened the gap based on either socioeconomic status or caste hierarchy.

However, following gaining independence and the framing of the Constitution, the Panchayati Raj System experienced a boost. According to Article 40 of the Indian Constitution, “The state shall take steps to organize village panchayats and vest in them such powers and authority as may be necessary to allow them to function as units of self-government.”

A number of committees were established by the Indian government to investigate the implementation of rural self-governance and to make recommendations for how to do so.

The committees appointed are as follows:

It was established in 1957 with the mandate to review and recommend improvements to the National Extension Service and Community Development Programme. Committee’s recommendations were:

The Ashok Mehta Committee was established by the Indian government in 1977 to recommend ways to strengthen and resuscitate the nation’s ailing Panchayati Raj system. The main suggestions were:

The planning commission appointed the committee in 1985. It acknowledged that bureaucratization had prevented growth from reaching the grassroots level, leading people to refer to Panchayat Raj institutions as “grass without roots.” Therefore, it made the following important suggestions:

The committee was established in 1986 by the Indian government with the primary goal of making recommendations for revitalizing the Panchayati Raj systems for democracy and development. The committee recommended the following things:

Although there are differences between states, there are some characteristics that are universal. For instance, a three-tiered structure with panchayats at the village level, panchayat samitis at the block level, and zila parishads at the district level has been established in the majority of the states. The Parliament approved two amendments to the Constitution, the 73rd Constitution Amendment for rural local bodies (panchayats) and the 74th Constitution Amendment for urban local bodies (municipalities), renaming them as “institutions of self-government” as a result of the persistent efforts of civil society organizations, intellectuals, and progressive political leaders. All of the states passed their own laws adhering to the modified constitutional provisions within a year.

Significance of the Act

The Fifth Schedule locations are exempt from the provisions of Part IX. With the modifications and exclusions that it may designate, the Parliament may extend this Part to such places. The Panchayats (Extension to the Scheduled Areas) Act, often known as the PESA Act or the extension act, was passed by Parliament in accordance with these principles.

Objectives of the PESA Act:

India has progressed toward what has been referred to as “multi-level federalism” as a result of these constitutional changes made by the union and state governments, but more importantly, they have broadened the democratic foundation of the Indian polity. Prior to the modifications, only the two houses of Parliament, state assemblies, and a few union territories could be considered part of the Indian democratic system. Although the system has taken government and problem solving to the country’s grassroots levels, there are still some problems. If these problems are resolved, it will greatly contribute to the environment’s ability to respect some of the most fundamental human rights.

After the new generation of panchayats began operating, a number of issues that affect human rights have come to light. The nature of Indian society, which naturally affects the form of the state, is a significant aspect that has affected the position of human rights in relation to the panchayat system. Inequality, social hierarchy, and the gap between the rich and the poor are hallmarks of Indian society. The caste system, which is specific to India, has resulted in the social hierarchy.

Q Who is the father of Panchayati Raj?

Ans. Balwant Rai Mehta, a politician, is referred to as the “Father of Panchayati Raj” and is credited with developing the idea of the Panchayati Raj in India.

Q What is the importance of Panchayati Raj?

Ans. Village local government is established through Panchayati Raj, which significantly contributes to the development of villages, particularly in areas like primary education, health, agricultural advancements, women and child development, and women’s participation in local government, among other things.

Q Which state in India has no Panchayati Raj institution?

Q What are the features of Panchayati Raj?

Ans. The features of Panchayati Raj are:

Who is the father of Panchayati Raj?

Balwant Rai Mehta, a politician, is referred to as the "Father of Panchayati Raj" and is credited with developing the idea of the Panchayati Raj in India.

What is the importance of Panchayati Raj?

Village local government is established through Panchayati Raj, which significantly contributes to the development of villages, particularly in areas like primary education, health, agricultural advancements, women and child development, and women's participation in local government, among other things.

Which state in India has no Panchayati Raj institution?

What are the features of Panchayati Raj?

• Gram Sabha: The Panchayati Raj system's central body is the Gram Sabha. It is a village assembly made up of all the registered voters in the panchayat's jurisdiction.
• Village, intermediate, and district levels of the three-tier system.
• Election of members and chairperson: All Panchayati Raj levels have directly elected members, whereas the intermediate and district level chairs have indirectly elected members.