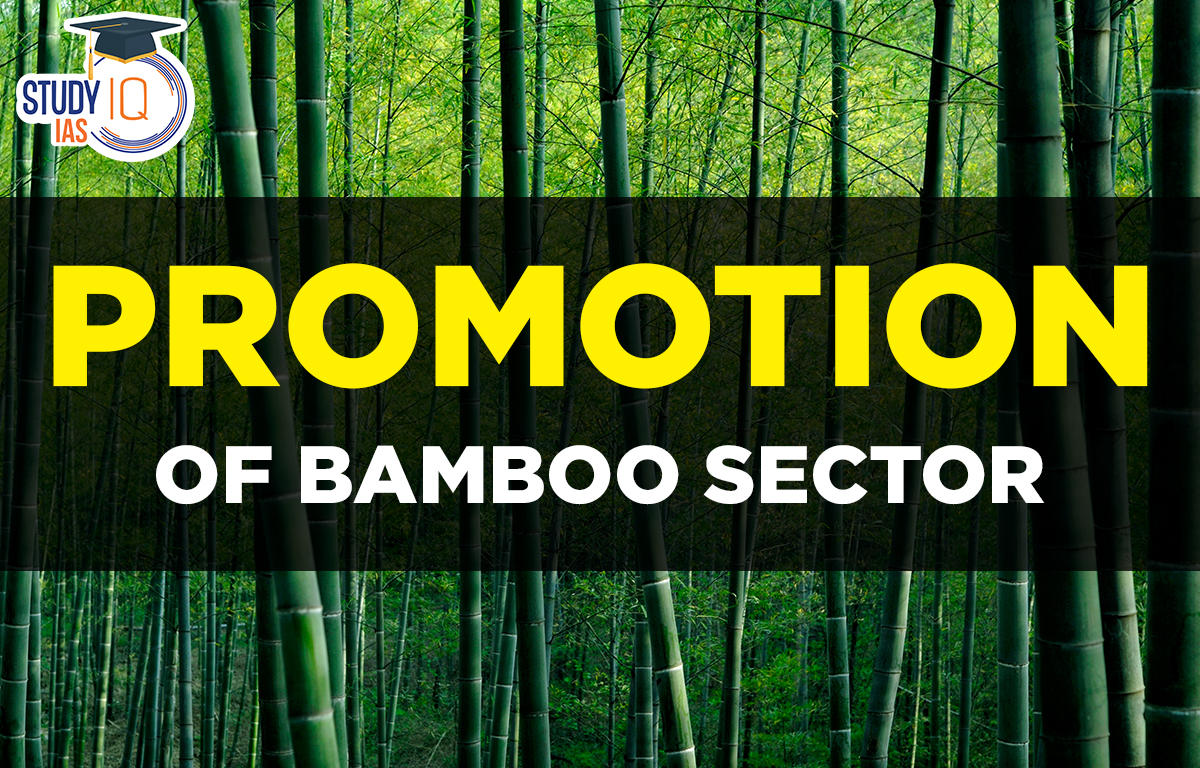 Bamboo is part of rural livelihood in developing counties like India.

India is second only to China in terms of bamboo diversity.

India is blessed with 148 species of bamboo with 29 genera.

Bamboo is grown on 10 million hectares in India and covers almost 13 per cent of the total forest area. The total production of bamboo is five million tonnes per year.

Significance: Most of the bamboo is distributed in forest areas and has a significant contribution to ecology such as improving wildlife habitats, forest hydrology as well as providing opportunities for livelihood development of the rural poor.

Contribution: About 8.6 million people depend on bamboo for their livelihood. The value of bamboo in India is estimated at $4.4 billion.

Chairperson: Union Agriculture Secretary will be the Chairperson of the committee.

Mission Director of National Bamboo Mission will be the Convener.

Objective: To integrate the bamboo initiatives of the Ministries/Departments and to assist in redesigning the sector’s structural framework for development by incorporating synergy between all of the sections related to the bamboo value chain.

Establish a full-fledged Institution for Bamboo on the lines of the Coir Board, Tea Board and Rubber Board among others for promoting Bamboo based economic enterprise, creating an accurate bamboo resource inventory and coordinating with different ministries supporting bamboo activities.

Improve R&D in bamboo by introducing incentivisation in the system where at least 30% to 40% patent revenue is shared with the Scientists doing the R&D.

The Bamboo industry generates over 80% waste so it would be strategic to incentivize such industries to convert waste into innovative products.