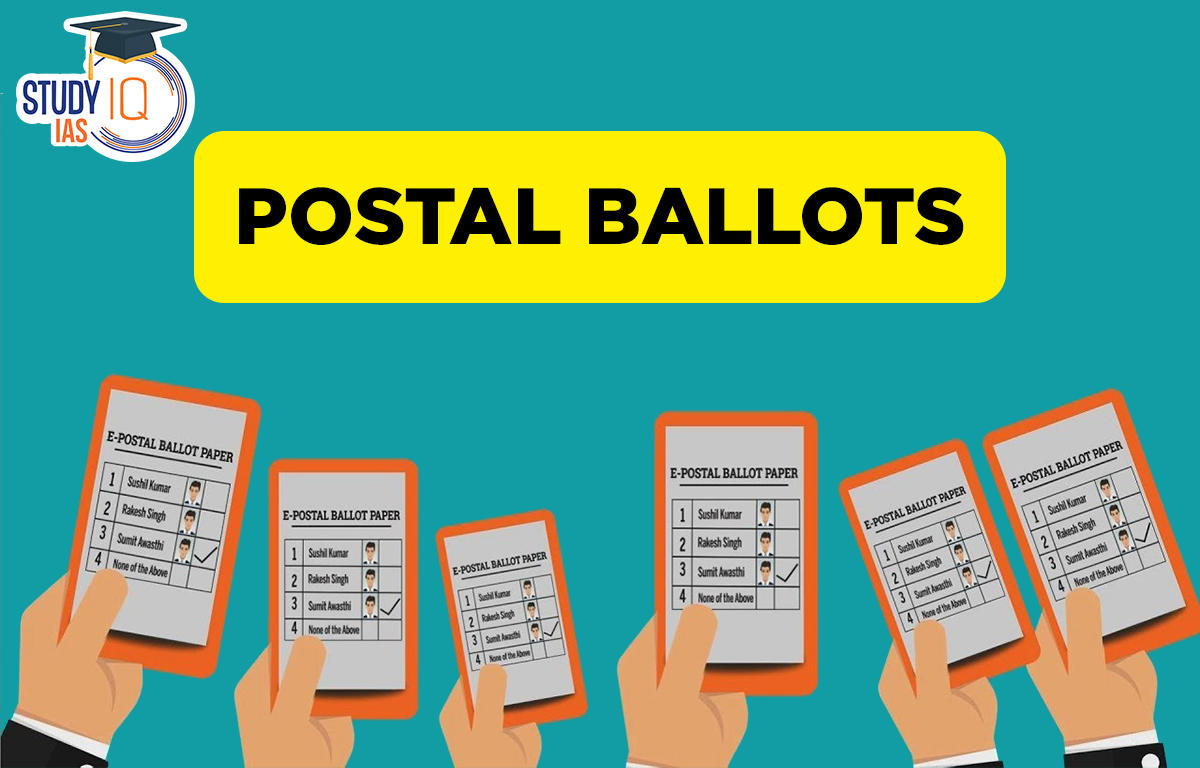 Postal Ballots (PB) are the first to be counted, with EVMs following a minimum of half an hour after the counting of PBs begins says Election Commission’s rules.

Hence, early trends that are visible after counting begins are often a reflection of the votes logged through PBs.

What are Postal Ballots?

Postal Ballot is a facility through which a voter can cast his/her vote remotely by recording preference on an official ballot paper and sending it back to the returning officer before counting.

This facility is available to only to a restricted set of voters.

Who can Use Postal Ballot in India

Members of the armed forces such as the Army, Navy and Air Force, members of the armed police force of a state (serving outside the state), government employees posted outside India and their spouses are entitled to vote only by post.

Voters under preventive detention have facility to vote only by post.

Special voters such as the President of India, Vice President, Governors, Union Cabinet ministers, Speaker of the House and government officers on poll duty can avail this facility.

Absentee voters, such as railway employees posted outside the state can exercise their vote through PBs.

The Election Commission (EC) has introduced the facility of PBs for senior citizens, people with disabilities (PwD) and those under Covid-19 quarantine.

The Returning Officer (RO) must print ballot papers within 24 hours of the last date of nomination withdrawal and dispatch them within a day.

This is done to ensure that voters have enough time to receive the ballots, cast their vote and return the ballots to the RO on time.

The voters have to mark their preference in such a way that the intention of voting for a particular candidate is clear beyond any reasonable doubt.

The envelope containing postal ballot must also include a declaration by the voter in Form 13-A which must be appropriately filled for the vote to count with attestation from an official upholding the eligibility of the voter to avail this facility.

Election Commission rules say that PBs received by the RO up to the hour fixed for commencement of counting must be counted.

Each counting table receives not more than 500 ballots in each round of counting with up to four tables dedicated for calculating just PBs.

First the declaration of postal voter is checked for any issues. All legitimate declarations are then collected and sealed before the ballots are opened and tallied.

The total number of postal votes obtained by each candidate so counted will be entered in the result sheet in Form 20 and announced.

All the rejected postal ballots at counting tables are reverified personally by the RO before being set aside.

Grounds for Rejection of Postal Votes:

After the counting is over, all rejected and valid PBs are separately bundled away and packed in sealed packets by the RO. This will ensure that these PBs are available for a recount.

EC rules mandate that in case the victory margin is less than total number of postal ballots received then there should be re-verification of all postal ballots.

The Observer and the RO will reverify and tally all the postal ballots rejected as invalid as well as those counted in favour of each and every candidate.

The findings of re-verification shall be recorded by Observer and RO before finalising the result.

The whole process needs to be video-graphed without compromising the secrecy of the ballot and the video-cassette/CD should be sealed in a separate envelope for future reference.