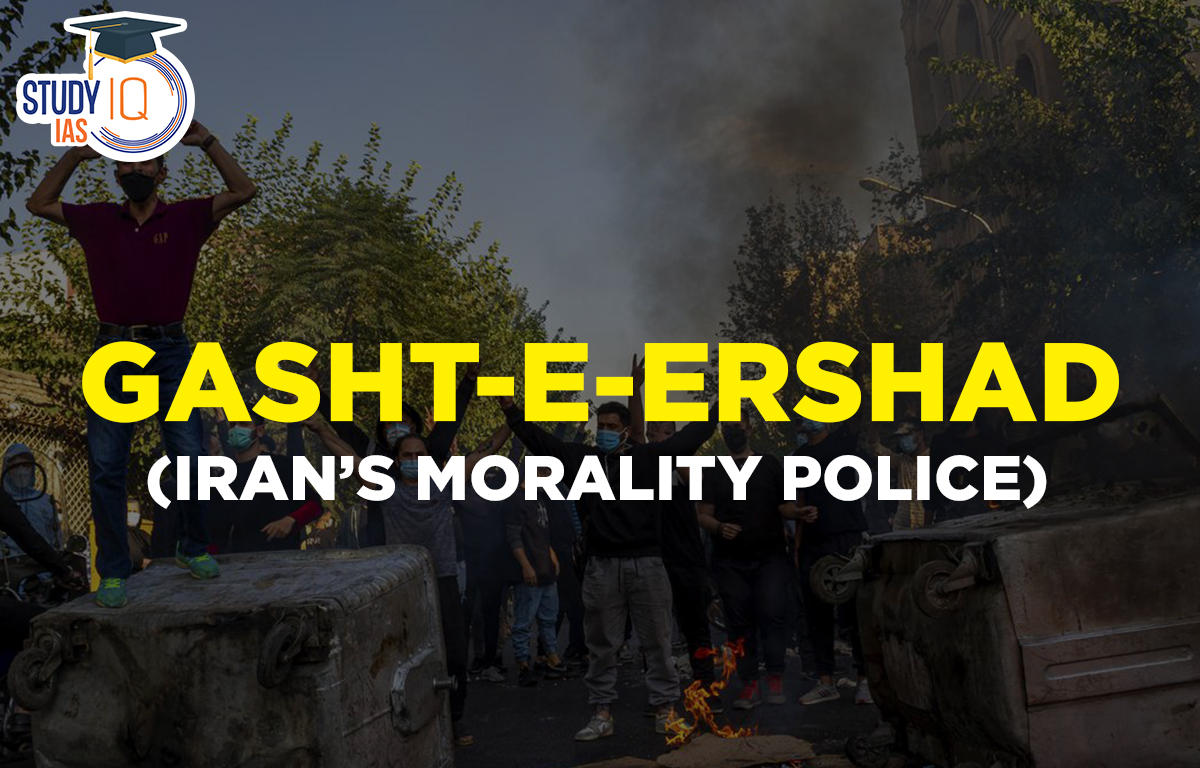 Who are Iran’s Morality Police?

“Gasht-e-Ershad,” which translates as “guidance patrols,” and is widely known as the “morality police”.

They are a unit of Iran’s police force established under former hardline president Mahmoud Ahmadinejad in 2005.

Composition: Both men and women officials are part of the morality police.

How the Gasht-e Ershad Works?

About the Islamic Revolution 1979

Restriction Of Women’s Rights Across The World

Taliban Regime in Afghanistan: Women were denied employment and educational rights. And the Taliban have also imposed new restrictions on women’s dress code and conduct.

Egypt: A married woman can leave the house only for purposes allowed by law or custom, otherwise she needs her husband’s permission or she loses her right to financial support.

There are 32 countries where women need their husband’s permission to apply for a passport.

In Israel, a woman needs her husband’s permission to get a divorce.

According to a World Bank report, in 86 countries, women face some form of job restriction and 95 countries do not guarantee equal pay for equal work.