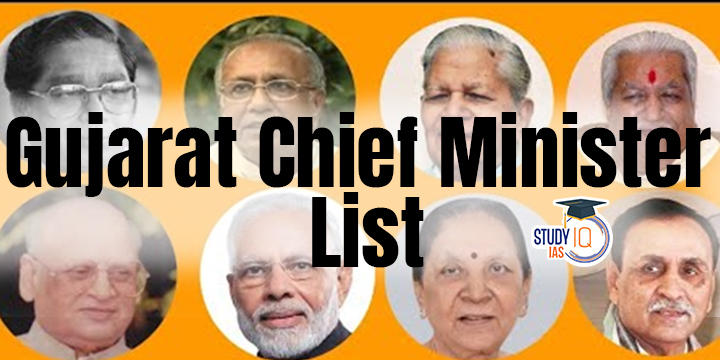 In India, the government is led by the state’s chief minister. The nomination of the Chief Minister and other Ministers by the Governor is covered in Article 164 of the Indian Constitution. In 1960, the state of Gujarat was created by separating the then-Bombay along a linguistic line. Jivraj Narayan Mehta served as Gujarat’s first Chief Minister and was the first member of the Indian National Congress to lead the state after it was established.

Gujarat was established on 1 May 1960 after the Bombay State’s Gujarati-speaking provinces were separated from it as a result of the Mahagujarat agitation. Jivraj Narayan Mehta of the Indian National Congress served as the state’s first Chief Minister. Vijay Rupani and his Cabinet left Gujarat, and Bhupendra Patel was sworn in as the new chief minister.

Gujarat’s first chief minister was Jivraj Narayan Mehta. He was a medical student who finished his postgraduate work in London. Jivraj Narayan Mehta joined the freedom movement after his return from London and briefly worked as Mahatma Gandhi’s personal physician. He held a number of important positions after independence, including that of the first “Dewan” (Prime Minister) of the former Baroda State. After finishing his term as Chief Minister, he later served from 1963 to 1966 as India’s High Commissioner to the United Kingdom.

Gujarat’s current chief minister is Bhupendra Rajnikant Patel. Before being chosen as the MLA of Gujarat, he began his political career in Ahmedabad’s municipal councils. On September 12, 2021, Bhupendra Patel was overwhelmingly chosen to lead the BJP legislative party and serve as the Chief Minister of Gujarat following the resignation of Vijay Rupani.

Q) Who is the first chief minister of Gujarat?

Ans. Following the Mahagujarat Movement, the Gujarati-speaking areas of Bombay State were combined to form the state of Gujarat on May 1, 1960. INC member Jivraj Narayan Mehta served as the first chief minister.

Q) Which party is CM in Gujarat?

Ans. On September 13, 2021, Shri Bhupendra Rajnikant Patel was sworn in as Gujarat’s 17th Chief Minister. In the 2017 Gujarat assembly elections, Shri Bhupendrabhai Patel was elected as an MLA from the Ghatlodia constituency (Ahmedabad), where he started his political career as a member of the Memnagar municipality.

Q) How many years Modi Chief Minister in Gujarat?

Ans. From 2001 to 2014, Modi served as Gujarat’s chief minister. He is a Varanasi-born member of parliament. He belongs to both the right-wing Hindu nationalist paramilitary volunteer Rashtriya Swayamsevak Sangh (RSS) and the Bharatiya Janata Party (BJP).

Q) Who is the first female chief minister of Gujarat?

Ans. Anandiben Mafatbhai Patel, an Indian politician who was born on November 21, 1941, is now the governor of Uttar Pradesh. She also held the governorships of Chhattisgarh and Madhya Pradesh. She served as Gujarat’s first female chief minister.

Q) Who is the education minister of Gujarat?