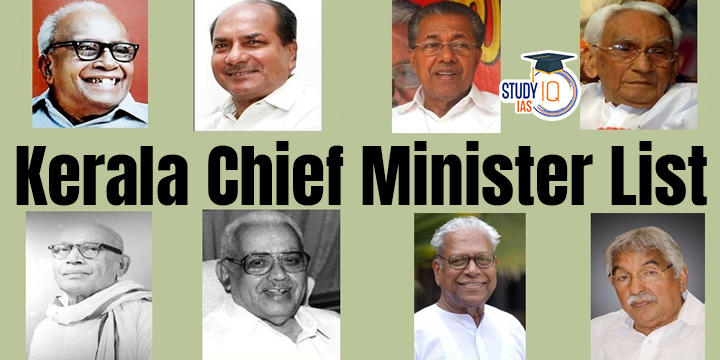 Since May 25, 2016, Indian politician Pinarayi Vijayan has held the position of Chief Minister of Kerala. Son of Shri Koran and Smt. Kalyani, he was born in Pinarayi, in the district of Kannur, on March 21, 1944. He enrolled in a Pre-University programme at the Government Brennen College in Thalassery after finishing his secondary education. He then finished his degree programme at the same college.

Pinarayi Vijayan got involved in politics at Govt Brennen College in Thalassery through student union activities, and in 1964, he joined the Communist Party. He was detained by the authorities and subjected to torture between 1975 and 1977, when there was an emergency.

He belongs to the Polit Bureau of the Indian Communist Party (Marxist). From 1998 until 2015, he had previously held the position of Secretary of the Kerala State Committee of the CPI (M). From 1996 to 1998, he was Minister for Power and Cooperation in the Left Democratic Front Government led by Shri. E.K. Nayanar. The state increased its capacity for generating power to a record level during his tenure as electricity minister by promptly completing augmentation and new projects. Veena and Vivek are his two children; he is married to Kamala.

Here is the updated List of Chief Ministers of Kerala

Facts of Chief Ministers of Kerala for UPSC

Q) Who is the current CM of Kerala?

Ans. Pinarayi Vijayan was elected to the Legislative Assembly in 2016 and subsequently appointed Kerala’s Chief Minister.

Q) Who is the 14th Chief Minister of Kerala?

Ans. The current chief minister is Pinarayi Vijayan, and his Left Democratic Front administration took office on May 25, 2016.

Q) Who is the first Chief Minister of Kerala?

Ans. Arif Mohammad Khan is the current governor of Kerala 2022

Q) How many ministers are there in Kerala?

Ans. The new Kerala state cabinet has 21 members including the chief minister.