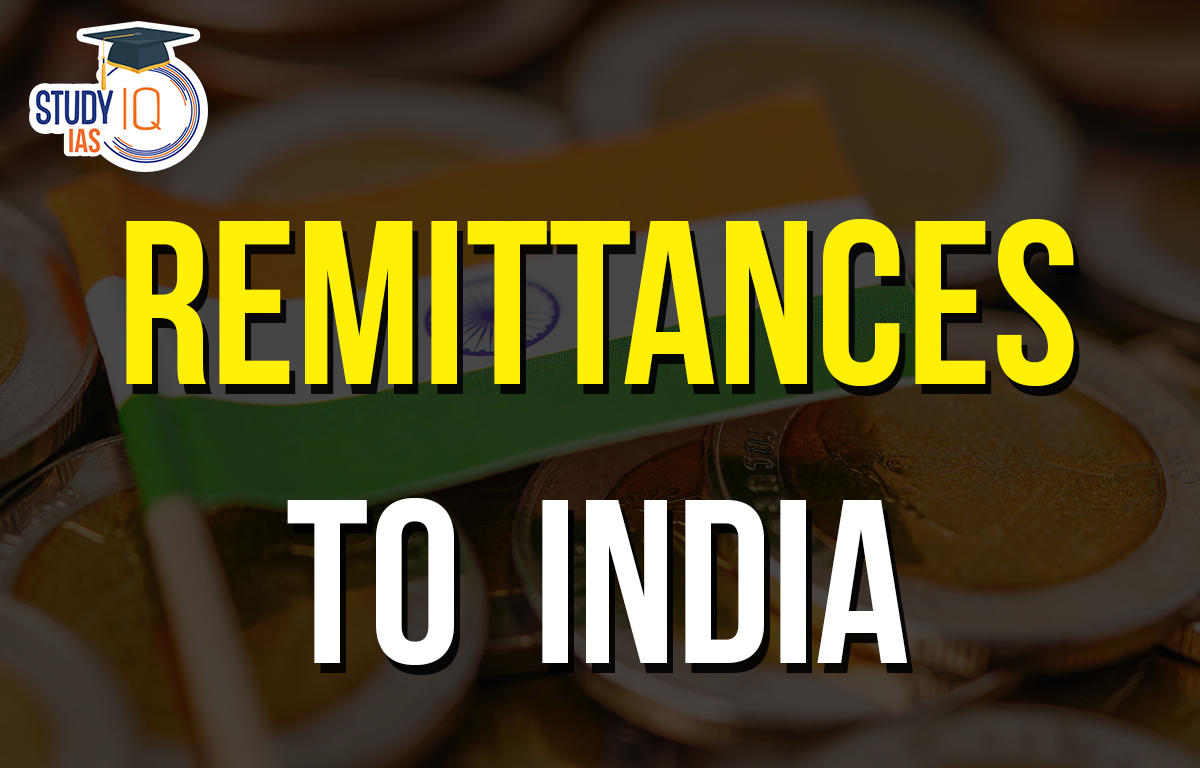 Remittances to India 2022 will increase to 12 per cent from 7.5 per cent last year, resulting in $100 billion flow as compared to $89.4 billion in 2021. This is attributed to large share of Indian migrants earning relatively high salaries in the United States, United Kingdom and East Asia. Despite the historic milestone of reaching $100 billion, India’s remittance flows are expected to account for only 3 per cent of its GDP in 2022.

Remittance is a non-commercial transfer of money earned by a foreign worker back home to support the family.

Foreign Currency: Remittances received constitutes a major component of foreign currency earned by a country. This helps to bridge balance of payment.

Household Income: Remittances make up a significant part of household income, majorly in rural parts of a country, allowing them to lead a respectable life.

The US is the largest source of remittances to India, followed by other Gulf Countries.

States such as Kerala, Tamil Nadu, and Karnataka saw a decline in the remittances received. Maharashtra has surpassed Kerala as the top recipient.

World Bank has predicted that remittance flows to South Asia will grow 3.5 per cent to reach $163 billion in 2022. This is due to strong performances in India and Nepal.

This number is lower than the 6.7 per cent gain of 2021. The slowdown is attributed to external global shocks (such as inflation) in destination and source countries, as well as domestic factors.

Country-wise Disparity: While India has saw a gain of 12 per cent and Nepal 4 per cent, other countries have reported an aggregate decline of 10 per cent.

Reasons for Increased Remittances to India

Higher Income: Shifting of destination and structural shift in qualifications has helped Indian overseas citizens move into the highest-income-earner-category, especially in services.

Nature of jobs: Indian migrants have moved from largely low-skilled, informal employment in the Gulf Cooperation Council (GCC) countries to high-skilled jobs in high-income countries such as US, UK and East Asia.

Fiscal Stimulus: Indian migrants in high-income countries benefited from work-from-home and large fiscal stimulus packages, which arrived after the pandemic.

South Asia: The growth of remittance flows into South Asia in 2023 is expected to slow to 0.7 per cent. This remittances from white-collar South Asian migrants in high-income countries may be most afected.

India: Remittance flows in India is predicted to decrease due to inflation and an economic slowdown in the United States.