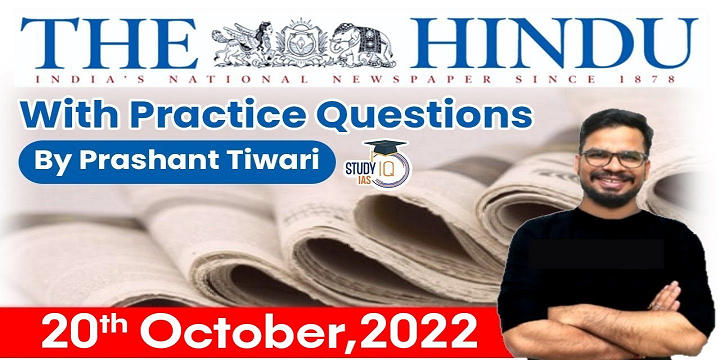 Q) India’s growth’s story from the eve of Independence to the liberalization phase is largely termed as ‘Hindu rate of growth’. What it refers to?

Q) Consider the following statements regarding the World food prize:

Q) Consider the following statements about the National Commission for Scheduled Caste:

Q) Recently, which one of the following has released the LEADS survey report?

Q) The concept of federalism has unrelentingly changed its contours in Indian Polity. Discuss, and examine the significant gaps in the Indian Federalism.(150 words)

Q) “One of the most significant impacts of climate change is on our food system”. Explain (150 words)