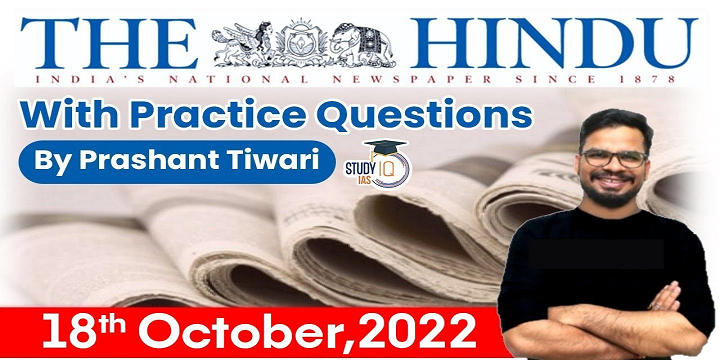 Q) With reference to the Supreme Court Split verdict, consider the following statements:

The Supreme Court delivered a split verdict in the Karnataka hijab ban case.

Where does India stand?

Q) Kampala Principles recently seen in the news is related to

India-Africa Defence Dialogue to be held on October 18 on the sidelines of DefExpo 2022 in Gandhinagar, Gujarat.

Q) Do you agree with the view that “Collegium system requires reconsideration” ?(150 words)

Q) “There is a need of more innovative reforms to ensure internal democracy, financial accountability in political parties”. Explain (150 words)