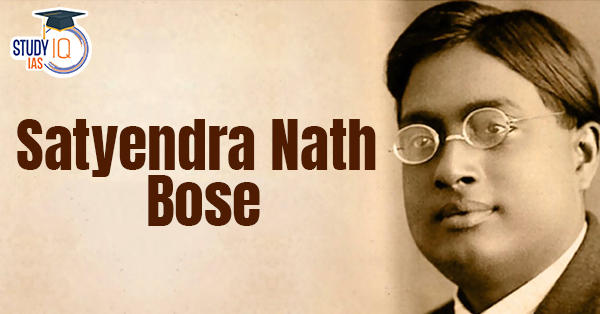 During his time in high school and college, Satyendra Nath Bose was a brilliant student. In all of his exams, including those for his graduate and post-graduate degrees, he scored in first position. He passed with a M.Sc. in mixed mathematics from the Presidency College in Calcutta in the year 1915, first taught at the University of Dacca (1921–45), then returned to Calcutta (1945–56). Satyendra Nath Bose produced numerous scientific publications between 1918 and 1956 that advanced statistical mechanics, the understanding of the ionosphere’s electromagnetic properties, the theories of X-ray crystallography and thermo luminescence, and unification field theory. After reading his Planck’s Law and the Hypothesis of Light Quanta (1924), Einstein asked Bose for cooperation

Satyendra Nath Bose began working as a Reader in Physics at the then-new Dacca University in 1921. He wrote a paper to derive Planck’s Law when he was lecturing. Planck’s Law and Light Quantum Hypothesis was the title of his paper. Light is released in discrete amounts (quanta) rather than as a continuous wave, Max Planck had explained in the theory of black body radiation in 1900. He derived this formula, but other scientists, including him, did not find it adequate. Later, in a study published in 1905, Albert Einstein provided an explanation of the photoelectric phenomenon based on Planck’s quanta as photons. Not for his works on relativity, but for this article, Einstein received the Nobel Prize.

However, many of his colleagues did not share his complete conviction in his as-yet-undeveloped photon theory. Satyendra Nath Bose sent Albert Einstein the article again in June 1924 under these conditions, pleading earnestly for him to read it. Einstein understood the importance of this paper right away. His idea of the photoelectric effect was going to be supported and revolutionized by this study. Einstein himself translated Satyendra Nath Bose’s paper into German and sent it to Zeitschrift für Physik with his endorsement for publication. Einstein spoke with great authority due to his standing as a demigod. Bose quickly gained national attention after it was quickly published.

Following this, Satyendra Nath Bose was personally invited to collaborate with Einstein, and their work produced the Bose-Einstein statistics, a significant and fundamental phenomenon in quantum physics. Leading figures in quantum theory like Louise de Broglie, Erwin Schroedinger, Paul Dirac, and Heisenburg enthusiastically endorsed and valued his work. Paul Dirac gave those particles that adhere to Bose’s statistics the name “Boson” in his honour. Only Fermions (named after Enrico Fermi) and Bosons in atomic theory were given physicists’ names.

Following its formation, the Council of Scientific and Industrial Research appointed Satyendra Nath Bose as an advisor. Additionally, he was chosen to lead the Indian Physical Society, the Indian Statistical Institute, and the National Institute of Science. Additionally, the Indian Science Congress appointed him as its general president. He received a Rajya Sabha nomination. He received the Royal Society Fellow designation in 1958. In 1954, Bose received the Padma Vibhushan award. Although Satyendra Nath was nominated for the Nobel Prize, he did not receive the honor. Indians would be saddened by this snub, but Bose was not upset possibly because, in the world of science, having your name immortalized in the language of the field was far more enduring than winning a Nobel. His discovery is still regarded as one of the greatest accomplishments of the 20th century, and Satyendra Nath Bose is one of the most illustrious figures in theoretical physics.

Bosons, a class of elementary subatomic particles in particle physics were named by Dirac after Satyendra Nath Bose to commemorate his contributions to science. Although seven Nobel Prizes were awarded for research related to S N Bose’s concepts of the boson, Bose–Einstein statistics and Bose–Einstein condensate, Bose himself was not awarded a Nobel Prize.

On 4 June 2022, Google honored Bose by featuring him on a Google Doodle marking the 98th anniversary of Satyendra Nath Bose sending his quantum formulations to the German scientist Albert Einstein It was acknowledged as a key quantum mechanical discovery by Albert Einstein.

Q. What is the theory of Satyendra Nath Bose?

Ans. Satyendra Nath Bose is revered as the great Indian theoretical physicist renowned for his work on quantum mechanics. His area of research was the theory of relativity. In 1924, he derived Planck’s quantum radiation law in a paper without reference to classical physics.

Q. What is invented by Satyendra Nath Bose?

Q. Who is the father of quantum statistics?

Ans. Satyendra Nath Bose founded quantum statistics in 1924 when he discovered a new way to derive Planck’s radiation law. Bose’s method was based on the argument that one photon of light is not distinguishable from another of the same color, which meant that a new way of counting particles was needed – Bose’s statistics.

Q. Is boson named after Bose?

Ans. The word ‘boson’ was named for Satyendra Nath Bose not because he discovered bosons.  It was named so by Paul Dirac, a Nobel Prize winning physicist, to honour Bose’s contribution to the Bose-Einstein statistics, work he did with Albert Einstein on defining the general properties of all bosons.

Ans. The Higgs boson is often called “the God particle” because it’s said to be what caused the “Big Bang” that created our universe many years ago.

Q. Who is known as father of God particle?

Ans. Leon Lederman, a Nobel Prize–winning physicist and passionate advocate for science education who coined the term “the God particle,” died today at age 96. His death was announced by Fermi National Accelerator Laboratory (Fermilab) in Batavia, Illinois, where he was director from 1978 to 1989.