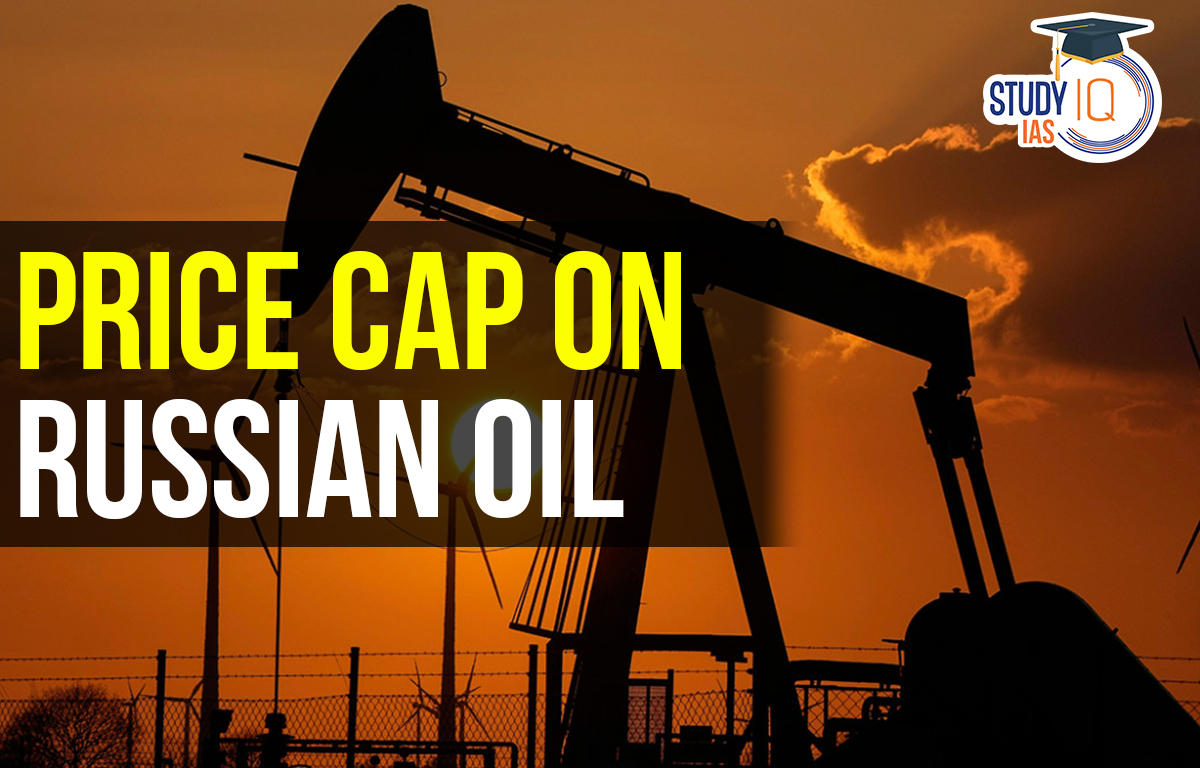 Previously, European Union (EU) member countries had agreed on a similar price cap on Russian crude oil, which is yet to come into effect.

Even after a price cap, Russia could continue to sell at prices higher than the cap but services such as insurance for oil-carrying freighters, or vessel clearances would not be available from Western Nations.

Reason: Price capping is the latest form of the sanctions proposed by Western Countries against Russia for its invasion of Ukraine.

Since the Inception, Western Nations have been trying to convince countries including India, China and Turkey to join the coalition or to at least support the price cap.

This, they believe, will give Russian Oil buyers leverage to lower purchase prices.

The plan is to reduce the Price of Oil, but not the quantity of oil that Russia sells, so as to control inflation globally while hurting the Russian economy.

Once a country joins the coalition, it would mean simply not buying Russian oil unless the price is reduced to where the cap is determined.

Countries not joining coalition would lose access to all services provided by the coalition countries such as insurance, currency payment, facilitation and vessel clearances for their shipments.

Lack of Consensus: The plan would work only if all countries joined the coalition. If Russia manages to sell large enough volumes of its crude at a price higher than the cap, it would result in huge squeeze on oil availability to the coalition countries.

Existing Low Prices: In addition, majority of Russian oil is already priced at around $60 mark and capping price would not affect Russian economy

Sea based oil: Price cap has been proposed on sea borne oil and not those supplied through pipeline. This move has been criticized for targeting countries such as India, which relies on sea borne oil.

Circumvent insurance ban: Russia or China could try to set up their own insurance providers to replace those barred by U.S., U.K. and Europe.

Off-books Selling: Russia could use the same method as Iran and Venezuela. They could use “dark fleet” tankers with obscure ownership to transport oil between ships, and mixing with oil of similar quality to disguise its origin.

Russia has said that it will continue finding buyers for its oil. It would stop selling oil to those countries joining the alliance.

The unilateral move by western countries has been criticized for violating free market principles, which would further result in deglobalisation.

Transport and Insurance: India will be forced to hire non-Western ships and insurers who can bring Russian oil to markets. This may prove costlier.

Diversification of Supplies: Indian firms have been vary of the sanctions and have already tried to diversify their supplies. Supply deals have already been signed with Brazil, Colombia and some African countries.

Western alliance has been making all efforts to bring India on board for its plan to hurt Russian war in Ukraine.

West has asked India to change its uncritical stance on Russia at the United Nations, cut down oil imports, stop defence and other purchases from Russia, and avoid the rupee-rouble payment

India has not indicated its willingness to follow the directions, instead India’s oil intake from Russia, which was minuscule before the war has soared 50 times.

India has also planned to strengthen its energy ties with Russia by investing $16 billion in Russian oilfields.

Russia’s share of India’s oil imports surged to an all-time high of 22% from 19% the previous month while that of the Middle East declined to 56.4% from 59%.