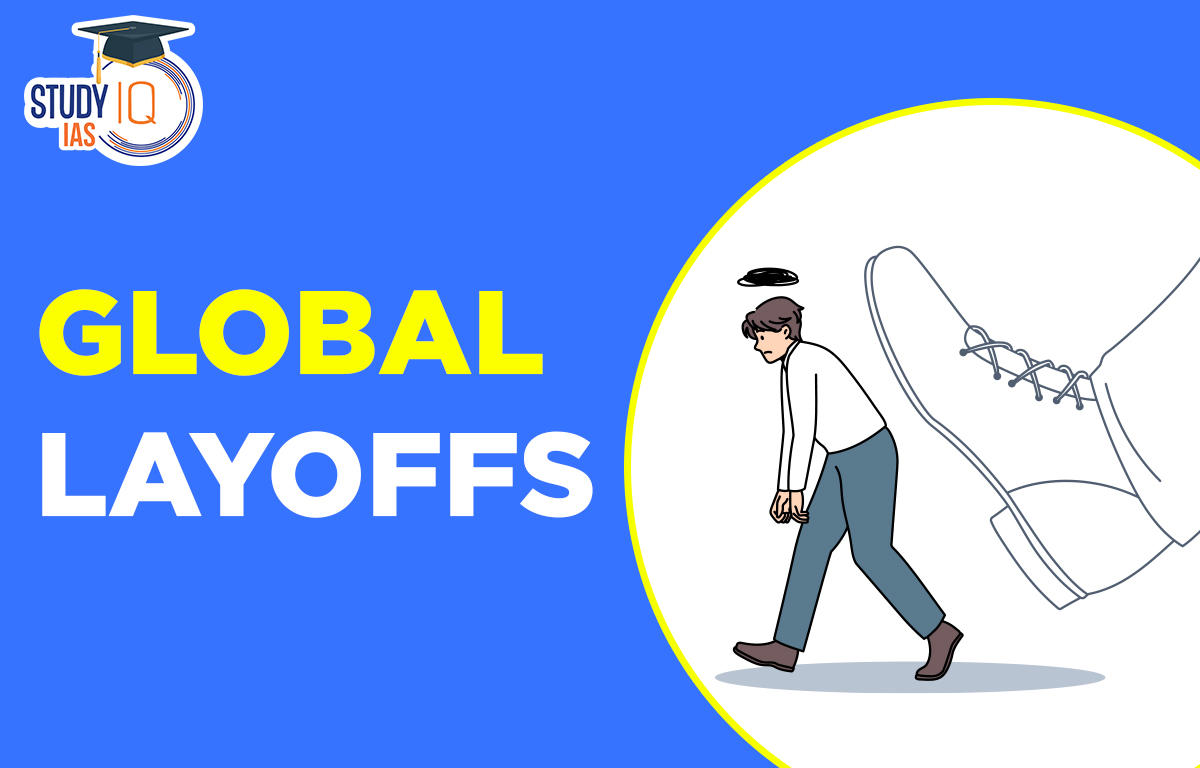 Layoff: A layoff is the temporary or permanent termination of employment by an employer for reasons unrelated to the employee’s performance.

According to a global placement and coaching firm, the global layoffs crossed 60,000 in September and October alone.

Tech sector: Among all, the tech sector has been witnessing massive lay-offs including tech giants like Amazon, Twitter, and Meta etc.

Reasons for the Mass Layoffs

Cost Cutting: The companies are not making enough profits to cover their expenses or because they need substantial extra cash to address paying off debt.

Overhiring During the Pandemic:

Russia-Ukraine War: The war has also contributed to these layoffs as it has made the market more volatile. This is clearly visible from stock market volatility.

What is the Outlook for the Indian Companies?

Edtech sector: Indian Edtech startups have laid off the most employees so far, accounting for about 43% of the total layoffs this year by Indian startups.

IT industry: The Indian IT services firms are among the largest employers in the organised sector and any global economic trend is bound to have an impact on their growth projections.

What Happened in India during earlier Global Recessions?

During earlier global recessions, while companies seldom publicly announced layoffs, they would all look to ease out staff who were lower down the performance ladder.

What happened in the aftermath of the 2008 recession that stretched well beyond 2-3 years is that companies would start slowing down headcount addition.

Campus placements would decline or offers would be made but absorption into the company could well take 9-12 months from the time of offer.