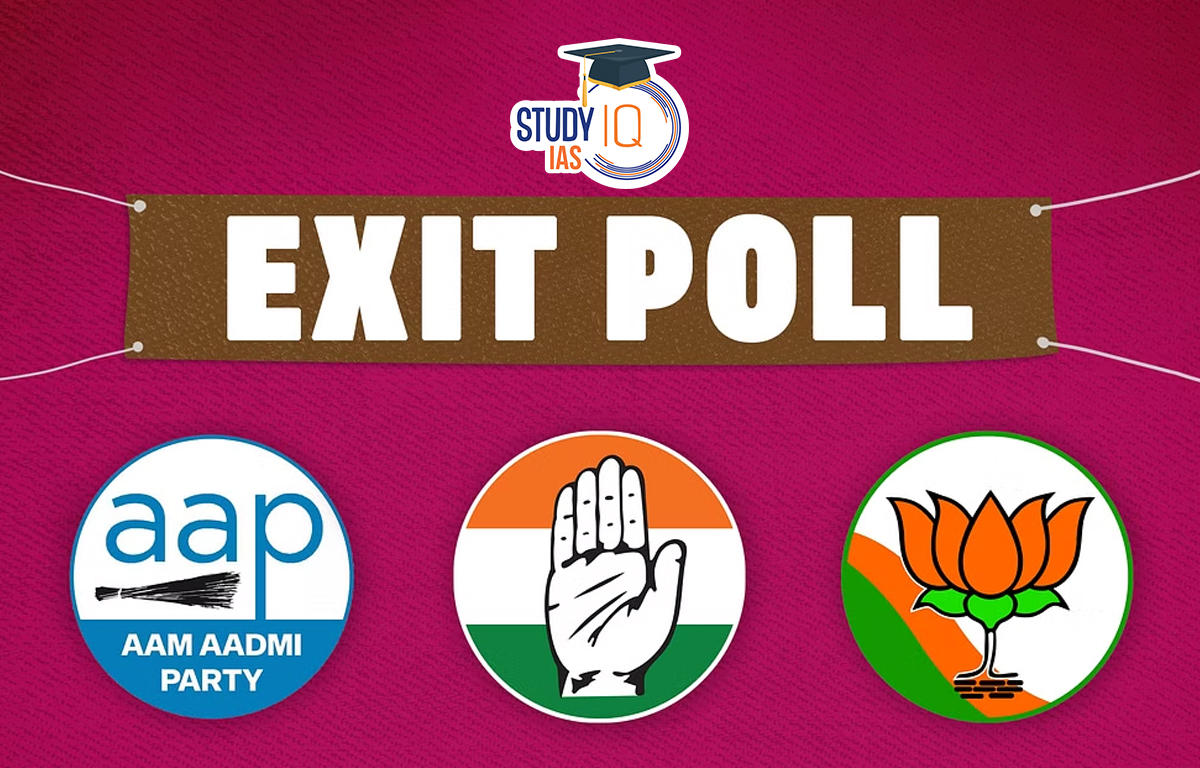 What are Exit Polls?

Exit poll is the opinion of voters taken immediately after they have exited the polling stations. This is used to forecast the outcome of an election.

Exit polls is different from opinion poll, which is conducted before the elections.  Exit polls is supposed to give an indication of trends in an election, along with the issues, personalities, and loyalties that have influenced voters.

Historical origin: The Indian Institute of Public Opinion had conducted such a poll during the second Lok Sabha elections, 1957.

Carrying out exit polls: Exit polls are usually conducted by a number of organisations, often in tie-ups with media organisations. The surveys can be conducted either face to face or online.

Publishing results of exit polls: Currently, exit polls can’t be published from before voting begins till the last phase of voting concludes.

The first such effort to regulate exit polls was made in 1997 when the Chief Election Commissioner held meeting with political party representatives.

Guidelines under Article 324 of the Constitution:

Final Intent: Exit polls capture the final voting intent displayed by voters, especially those who had not yet decided on their choice during opinion polls.

Accuracy: They also take into account any events or moves that were sucessful in changing voter’s opinion leading to the voting day. This increases the accuracy of election outcome.

Authenticity: Political parties sometimes allege that these polls are motivated, or financed by a rival party.

Unpredictibility: Results gathered in exit polls can be influenced by the choice, wording and timing of the questions, and also by the sample drawn.

The Election Commission of India (ECI) is a constitutional body established under Article 324 of the Constitution.