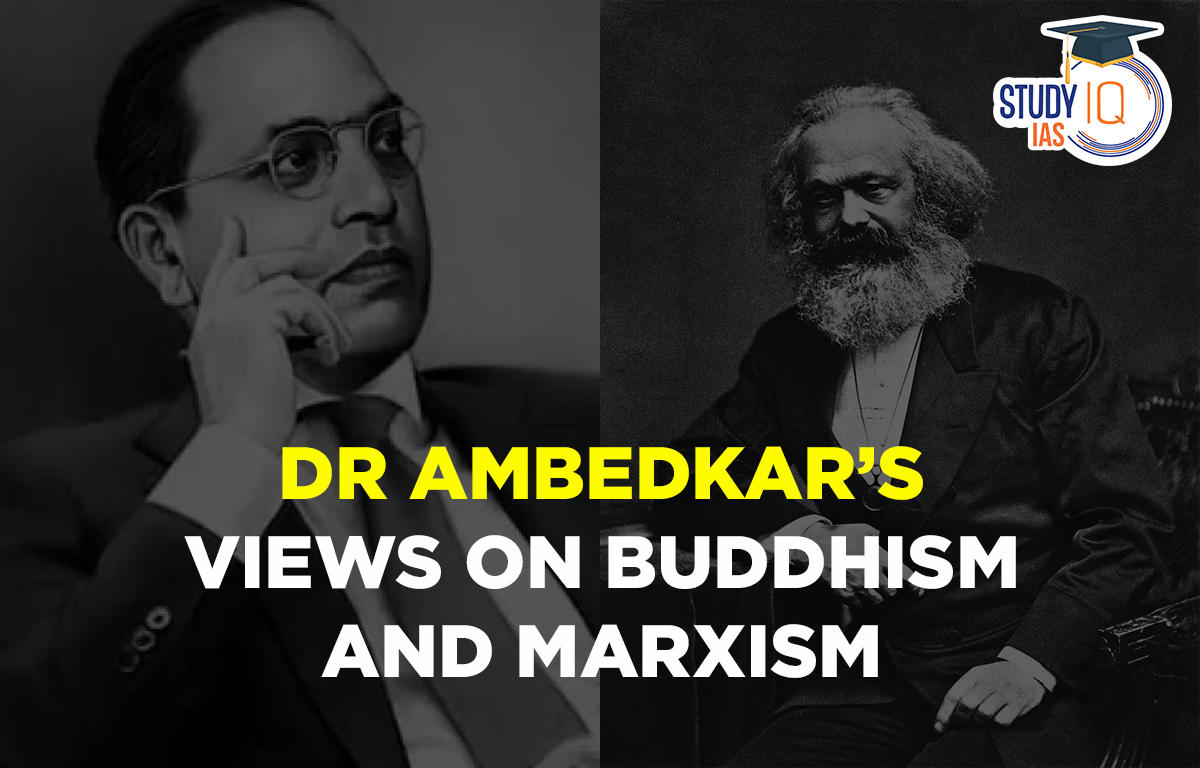 Parinirvan can be translated as ‘nirvana’ after death, or freedom from the cycles of life and death.

As per the Buddhist texts, the death of Lord Buddha is considered to be Mahaparinirvan – the Sanskrit term which means ‘nirvana after death.

Background of Ambedkar’s Views on Buddhism and Marxism

Similarities Between Buddhism and Marxism:

Differences between Buddhism and Marxism

The Communists believe that the state will inevitably However, they do not address what would replace the state.

Communists admit that their conception of the state as a permanent dictatorship is a flaw in their political ideology.

Dr Ambedkar asserted that while both strive for the same end of a just and happy society, the means propounded by Buddha are superior to those of Marx.

Bhimrao Ramji Ambedkar, popularly known as Babasaheb Ambedkar, was one of the main architects of the Indian Constitution.