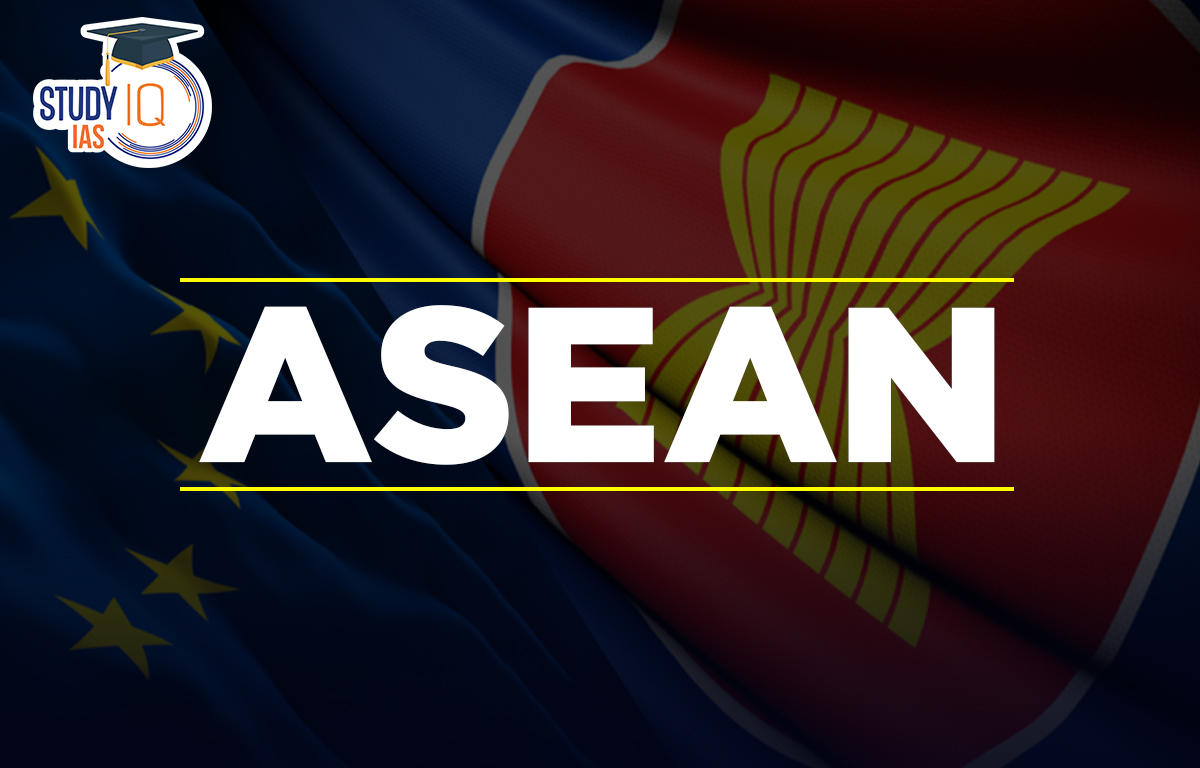 ASEAN Countries: We can say Association of Southeast Asian Nations, or ASEAN. It is a regional organization created to support political and social stability in the face of escalating tensions among the post-colonial states of the Asia-Pacific. Since ASEAN was founded on August 8th, 1967, the 8th of August has been recognized as ASEAN Day. Indonesia, Malaysia, the Philippines, Singapore, and Thailand are the founding nations of ASEAN.

The acronym for the alliance of Southeast Asian states is ASEAN. The ASEAN was established in 1967 by a number of leaders from the Philippines, Indonesia, Malaysia, Thailand, and Singapore in order to build a peaceful framework for the cultural and economic development of Southeast Asian region. Jakarta, Indonesia serves as the location of the ASEAN headquarters.

In light of the escalating conflicts in the Asia Pacific Postcolonial States, this organization was created to establish social and political stability. One Vision, One Identity, and One Community serves as the ASEAN group’s operational motto. ASEAN has a significant impact on trade, politics, and security in the Asia Pacific. Jakarta, the capital of Indonesia, is home to the ASEAN secretariat. Based on the sequence of the member states’ English names in alphabetical order, the ASEAN Chairmanship is rotated every year.

One must study all pertinent information about ASEAN Countries, including its history, member nations, objectives, significance, connected organizations, and a host of other topics, in order to be fully prepared for the UPSC Exams. We will be putting light on all the crucial areas that must be covered for effectively preparing through this essay about ASEAN.

Five leaders, including the foreign ministers of Indonesia, Malaysia, the Philippines, Singapore, and Thailand, signed a document on August 8, 1967, in Bangkok, Thailand. The Association of Southeast Asian Nations (ASEAN) was established as a result of the agreement. The document’s five signatories—Adam Indonesia’s Malik, the Philippines’ Narciso R. Ramos, Malaysia’s Tun Abdul Razak, Singapore’s S. Rajaratnam, and Thailand’s Thanat Khoman—would later be hailed as the Founding Fathers of arguably the most successful intergovernmental organization in the developing world.

It declared ASEAN to be a representation of Southeast Asian countries’ determination to band together in friendship and cooperation and achieve peace, independence, and prosperity for their peoples and future generations by shared efforts and sacrifices.

The main goal of ASEAN is to encourage proactive involvement on the part of the nations based on cultural, economic, scientific, and administrative issues. Its goal is to keep a solid connection and reciprocal relationship with the international nations and territorial organizations.

to collaborate effectively, improve and boost the country’s agricultural industry’s utilization, boost commerce and transportation, and improve people’s quality of life. to support maintaining appropriate norms and regulations and upholding its UN charter objectives in order to enhance regional harmony and security. Additionally, ASEAN offers support to its members in the areas of administration, technical and professional fields, and education.

The third-largest market in the world is held by the Association of Southeast Asian Nations, which is larger than the EU and North America put together. It is Asia’s third-largest economy and the sixth-largest economy in the globe. Mutual regard for each other’s sovereignties, equality, and respect for each country’s unique national character are among ASEAN’s core values.

It emphasizes on granting each state the freedom to govern their nations independently from outside intervention or subversion. It focuses on finding peaceful and amicable solutions to conflicts or divisions between nations. It emphasizes the importance of effective communication and cooperation between the participating nations and their neighbors.

Read about: International Organizations and their Headquarters

When seen from the perspective of the global market, ASEAN is the dominant force, even more dominant than the European Union and North America put combined. Due to its immense significance, ASEAN has risen to the position of fourth most popular investment destination worldwide. The ASEAN region is home to the third-largest market, sixth-largest economy, and third-largest economy in Asia. In the World Export system, ASEAN’s percentage has climbed from 2% to 7% between 1967 and 2016. This demonstrates that ASEAN’s financial opportunities for trading are dramatically rising.

Because ASEAN was in the US camp during the Cold War, India’s relations with ASEAN did not improve after independence due to ideological differences. Due to shared dangers and objectives following the end of the Cold War, India and ASEAN relations have advanced beyond purely economic connections to geopolitical heights.

Q) What are the 11 ASEAN countries?

Q) Who are the 10 ASEAN countries?

Q) Is India a member of ASEAN?

Ans. The up-gradation of the relationship into a Strategic Partnership in 2012 was a natural progression to the ground covered since India became a Sectoral Partner of the ASEAN in 1992, Dialogue Partner in 1996 and Summit Level Partner in 2002.

Ans. China was the first to forge a strategic partnership with ASEAN, the first to join the Treaty of Amity and Cooperation in Southeast Asia

Q) Is China an ASEAN country?

Ans. Subsequently, China was accorded full Dialogue Partner status at the 29th AMM in July 1996 in Jakarta, Indonesia. China has retained its position as ASEAN’s largest trading partner since 2009.

What are the 11 ASEAN countries?

Who are the 10 ASEAN countries?

It is an intergovernmental organization of ten Southeast Asian countries: Brunei, Cambodia, Indonesia, Laos, Malaysia, Myanmar, the Philippines, Singapore, Thailand, and Vietnam. The bloc's biggest success in recent years has been promoting economic integration among members.

Is India a member of ASEAN?

The up-gradation of the relationship into a Strategic Partnership in 2012 was a natural progression to the ground covered since India became a Sectoral Partner of the ASEAN in 1992, Dialogue Partner in 1996 and Summit Level Partner in 2002.

China was the first to forge a strategic partnership with ASEAN, the first to join the Treaty of Amity and Cooperation in Southeast Asia

Is China an ASEAN country?

Subsequently, China was accorded full Dialogue Partner status at the 29th AMM in July 1996 in Jakarta, Indonesia. China has retained its position as ASEAN's largest trading partner since 2009.