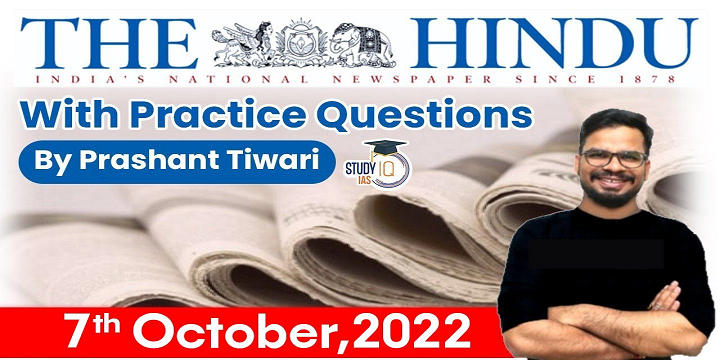 What is Dark Reserve?

Section 135(1) of the Act prescribes thresholds to identify companies which are required to constitute a CSR Committee – those, in the immediately preceding financial year of which:

Amount to be spent:

Q eChhawani is a citizen-centric project of:

Q Consider the following statements about the Mid-Day meal scheme:

Q Consider the following statements about the International Labour Organization:

Under the free breakfast scheme of Tamil Nadu Government, children in government schools from Class I to Class V will get nutritious breakfast provided in their schools every morning. The scheme is aimed at encouraging more children to continue to come to school and help prevent dropouts in primary level.

India’s spending in human development enhancing welfare schemes has been very dismal. There is an urgent need for implementing innovative and effective welfare schemes to address the disruptions caused by the pandemic in the education and nutrition sectors and strengthen these sectors.

Q Can we say Increasing Population is one of the reason for Urban Flooding ? Explain. (150 words)