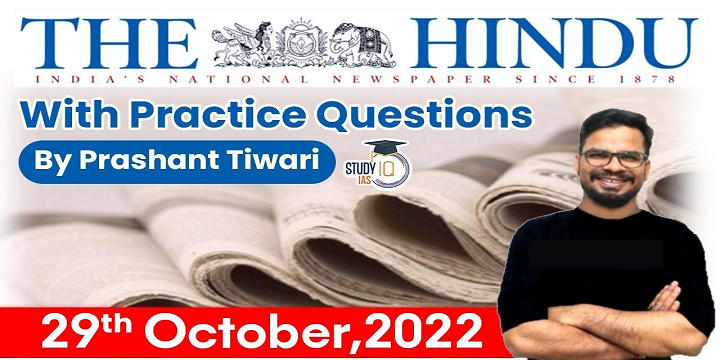 Where did it Originate?

Disqualifications under the Constitution, a person shall be disqualified for being chosen as and for being a member of the legislative assembly or legislative council of a state:

Apart from these, the Parliament has prescribed several additional disqualifications in the Representation of People Act (1951). These include,

Q) India is a member of which of the following constituents of the World Bank Group?

Q) The state of Eritrea is bordered by

Select the correct answer using the code below:

Q) With reference to the National Investigation Agency (NIA), consider the following statements:

Union Home and Cooperation Minister recently said that National Investigation Agency (NIA) agency to have offices in all states by 2024.

Q) Bestu Varsh is widely celebrated in which of the following state?

Gujarati New Year or Bestu Varsh is being celebrated on October 26, 2022

Q) Why Prohibition of liquor is not the ideal solution to check overuse of alcohol ? (150 words)