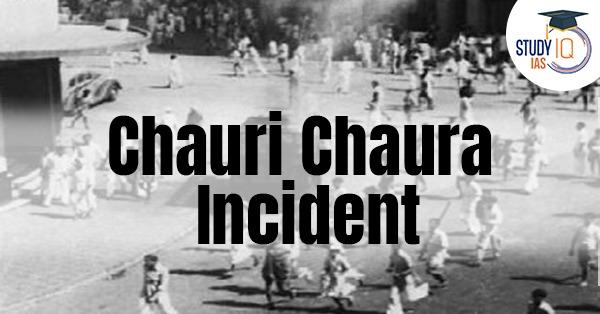 Chauri Chaura is a district in northern India’s Uttar Pradesh state. Following a violent encounter between British Indian police and political activists, the Chauri Chaura incidents happened during the fight for Indian independence.

Gandhiji started the Non Cooperation Movement against the government on August 1st, 1920. It involves “refusing to aid a ruler who misrules” through the use of swadeshi, a boycott of foreign commodities, particularly machine-made clothing, as well as legal, educational, and administrative institutions.

Volunteers from the Congress and the Khilafat Movement were organized into a nationwide volunteer corps during the winter of 1921–1922. A pan-Islamic movement in India called the Khilafat Movement was founded in 1919 in an effort to preserve the Ottoman caliph as a sign of harmony for the Muslim population of India under the British Raj. Mahatma Gandhi attempted to link the movement to the Non-Cooperation Movement, which was sponsored by Congress.

What is Chauri Chaura Incident?

On February 2, 1922, a group of protesters participating in the “Non-cooperation Movement” entered the Chauri Chaura market to voice their displeasure with the excessive and odd prices of meat. However, local police officials broke up their protest, and they then took the leaders into custody. Injuring several protesters as a result of their use of force against them. This prompted the protesters, who showed up again on February 5. A group of 2,000 to 2,500 protestors marched towards Chauri Chaura market on that fateful day, where they decided to picket a liquor store as part of their protest.

As anticipated, the police showed up once more and detained one of their commanders. This infuriated the protesters, who then marched in the direction of the police station in Chauri Chaura where their leaders were being held captive. The assembled mob began yelling cries for their freedom. Police officers fired a few warning shots into the air to try to calm things down, but this only enraged the demonstrators more. They began throwing stones at the police, which prompted the commanding sub-inspector to instruct his other officers to fire. 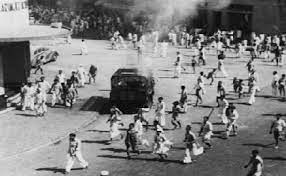 The police were unable to stop the oncoming throng, which had now lost all sense of reason after witnessing the deaths of three, despite killing three and injuring dozens. The protesters, who were seeking retribution for the deaths, continued to frighten the police by moving closer to them until the vastly outnumbered officers were forced to flee by taking refuge in the Chauri Chaura police station. This tactic backfired, as the enraged mob was unafraid to set the police station on fire while its occupants were inside. Many Indian police officers and ‘chaprassis,’ or official messengers, were trapped inside the Chauri Chaura police station, which was ferociously blazing. Later, it was revealed that 22 police officers had perished in the incident, many of them had been slain at the station’s entrance as they attempted to flee the flames. Several accounts claim that 23 police officers were killed in the incident, and one of them later passed away in a nearby hospital. Even though the episode was widely reported and the British were understandably furious, many Indians saw it as a brave and daring gesture. Not all Indians, though, found it amusing. Mahatma Gandhi was one among many who was greatly disappointed by the cruel deed, and he immediately opposed it, calling it cowardice. Gandhiji canceled the Non-Cooperation Movement in response to the Chauri Chaura Incident, shocking many.

Mahatma Gandhi denounced the murder of police officers as a crime. In order to show “genuine sympathy” and seek restitution, the volunteer organizations in the adjacent villages were abolished. Instead, the Chauri Chaura Support Fund was established. Gandhi made the decision to put an end to the Non-Cooperation Movement because he believed it had been contaminated by abhorrent violence. He forced the Congress Working Committee to comply with his demands, and the satyagraha (movement) was formally put on hold on February 12th, 1922. Gandhi, on the other hand, defended himself by citing his unwavering belief in non-violence.

The British Raj aggressively prosecuted the accused. A session’s court executed execution sentences for 172 of the 225 defendants in a flash. However, just 19 of those found guilty in the end were hanged.

Following the incident, the British imposed “martial law,” giving the troops complete control over Chauri Chaura and the surrounding districts. Numerous raids were conducted as anticipated, and as a result, hundreds of people were detained. 228 people were put on trial, despite the fact that many were supposedly imprisoned and tortured. They were detained on rioting and arson charges, and the trial lasted eight months. Six of the defendants who were put on trial passed away while they were in detention, but 172 received hanging as their punishment. An uproar followed the verdict as people mocked the judge’s ruling. Numerous thousands of people participated in the demonstration, which Indian Communist leader M.N. Roy described as “legalized murder” because of the decision. He even demanded a nationwide strike, which compelled the court to reconsider its decision. The judgment was drastically altered after being reviewed by the High Court in Allahabad on April 20, 1923. In accordance with the new judgment, 19 people received death sentences, 110 received life sentences in prison, and the remaining people received long prison terms. Those who were detained would eventually be freed after independence. 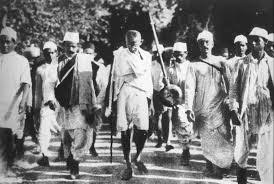 The “Non-Cooperation Movement” was put to an end, which was arguably the most significant step following the Chauri Chaura Incident. Gandhi accepted responsibility for the bloodshed because he saw the Chauri Chaura tragedy as a case of barbarism. Gandhi believed that he was accountable for the lives lost because the incident had place after his call for a “Non-Cooperation Movement”. In addition, he felt regret for not promoting the value of nonviolence enough before inciting his people to join the “Non-cooperation Movement” and overthrow the British. He also believed that he had not taught his countrymen to always follow the rules of “ahimsa” (non-violence). He undertook a five-day fast as atonement, and many people had strong opinions about it. Gandhi canceled the “Non-cooperation Movement” in addition to concluding that the Indian people were not yet prepared for a significant uprising.

Many well-known figures opposed the decision to end the “Non-Cooperation Movement” because they did not see much reason in Mahatma’s choice. Many of his ardent admirers, like as C. Rajagopalachari, publicly expressed their confusion about the choice. On February 12, 1922, the Indian National Congress halted the “Non-cooperation Movement.” Gandhi was nonetheless detained by the British, who also gave him a six-year prison term. Gandhi was freed from prison in February 1924 due to his failing health.

The “Khilafat Movement” was directly impacted by the decision to dissolve the “Non-cooperation Movement.” Members of the Khilafat and the Congress both spoke out against the choice, describing it as a betrayal. Many well-known leaders were offended by it, including Motilal Nehru and Maulana Abdul Bari. Gandhi’s future was also questioned by Bari, who added that the national leader had not yet achieved much through peaceful protests.

Q What was the reason for Chauri Chaura incident?

Ans People demonstrated against excessive meat prices on February 2nd, 1922, in the marketplace. Many of their leaders were jailed at the Chauri Chaura police station after being arrested and beaten by the police.

Ans The Khilafat movement and the Indian National Congress clashed with the local police on February 4, 1922. 22 Indian policemen who had taken refuge there were killed when an enraged crowd set the local police station on fire.

Ans While others were moved, 19 people were hanged to death. Army retiree Bhagwan Ahir suffered serious injuries after being severely battered by British police. Thus, the Chauri Chaura Incident occurred.

Ans The procession turned violent as soon as the cops got involved. Police officers who were outnumbered rushed into a nearby police station. 22 police officers died from suffocation in a burning structure after the protesters set the police station on fire.

Q What was the consequence of Chauri Chaura incident?

Ans Three civilians and 22 police officers died in the Chauri-Chaura tragedy. On February 12, 1922, Mahatma Gandhi, who vehemently opposed violence, put an end to the national non-cooperation campaign as a direct result of this occurrence.

Q Which movement during the freedom struggle came to a sudden end with the Chauri Chaura incident?

Ans The town of Chauri Chaura is located in Uttar Pradesh’s Gorakhpur district. This town was the scene of a violent incident on February 4, 1922, when a sizable group of peasants set fire to a police station, killing 22 officers. Mahatma Gandhi halted the Non-Cooperation Movement as a result of this occurrence (1920-22).