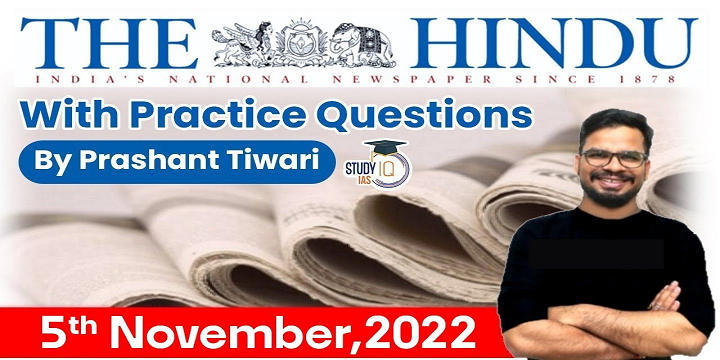 The AQI is an index for reporting daily air quality.

Q) Which of the following was the first biosphere reserve designated by UNESCO in India?

November 3 will be the first ‘The International Day for Biosphere Reserves’, to be celebrated beginning 2022.

Q) With reference to the disqualification of convicted legislators from Assembly, consider the following statements:

Q) Which of the following has recently released the Performance Grading Index (PGI) for States and Union Territories for 2020-21?

The Ministry of Education has recently released the Performance Grading Index (PGI) for States and Union Territories for 2020-21.

Q) In which of the following states is Ranipur Tiger Reserve located?

Q) What do you understand by Asian Century? Explain and discuss what are the opportunities for India amidst the growing significance of Asia.(150 words)