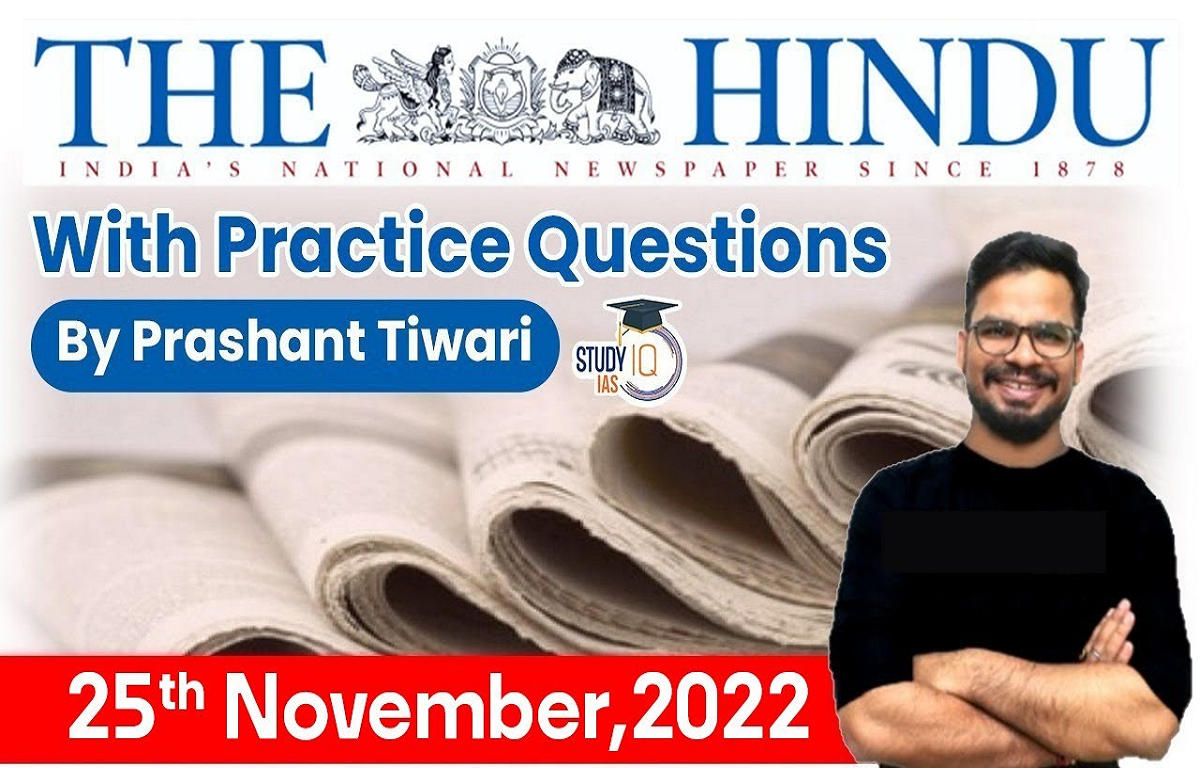 Prevalence of child marriage in India

The unemployment rate in urban areas for persons above the age of 15 eased to 7.2% in July-September from 9.8% a year ago and 7.6% in the previous quarter, according to the Periodic Labour Force Survey (PLFS) released by the National Statistical Office (NSO) here on Thursday.

Q) With reference to the Lachit Borphukan, consider the following statements:

The three day-long celebration of 400th birth anniversary of Ahom General Lachit Barphukan will begin in New Delhi on November 23, 2022.

A Forest Range Officer (FRO) was brutally killed allegedly by a group of Gutti Koya Adivasis with axes and sickles over a “podu land” issue in Errabodu forest area in Chandrugonda mandal of Telangana’s Bhadradri Kothagudem district.

Q) The annual Status of Education Report (ASER) is published by

Q) How do subsidies affect the cropping pattern, crop diversity and economy of farmers? What is the significance of crop insurance, minimum support price and food processing for small and marginal farmers? (2017)

Significance of various factors on small and marginal farmers