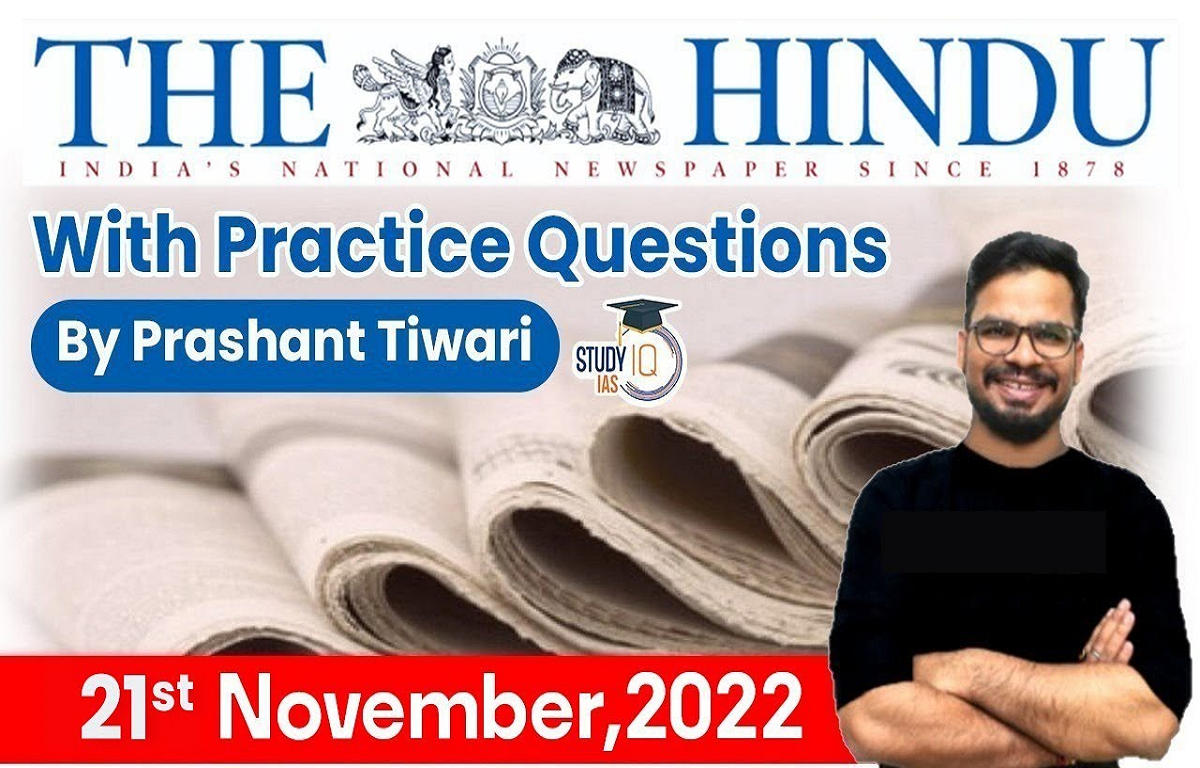 Why is COP 27 Important

Q) In which of the following places is Pangong Tso Lake located?

Q) Battle of Saraighat was fought between

Q) The name of Ahom general Lachit Borphukan is credited with defeating the Mughals in the Battle of Saraighat (1671).

The Hwasong-17 is nuclear-armed missile developed by:

Q) Uda Devi is remembered not only for her stories of valour but also for her skill as a leader who managed to mobilise people — specially Dalit women — to take up arms against the British. She participated in which of the following?

On November 16, events to commemorate the martyrdom of Uda Devi, a freedom fighter from the Pasi community, were held at various places in Uttar Pradesh.

Q) Which of the following battles was fought by Indian Army with Pakistan?

The Battle of Asal Uttar was one of the largest tank battles fought during the Indo-Pakistani War of 1965.

Q) How far do you agree with the view that the focus on lack of availability of food as the main cause of hunger takes the attention away from ineffective human development policies in India? (2018) (150 words)

Q) How has the emphasis on certain crops brought about changes in cropping patterns in the recent past? Elaborate the emphasis on millets production and consumption.(UPSC 2018) (150 words)