• UPSC MAINS –
•What do you understand by Space Debris? What technologies can be used to tackle this problem?
• GS-3 syllabus
•Awareness in the fields of IT, Space, Computers, robotics, nanotechnology, biotechnology and issues relating to intellectual property rights.

• Orbital debris, otherwise known as “space junk”, is a major concern. This massive cloud that orbits the Earth is the result of the many satellites, platforms and spent launchers that have been sent into space over the years. And as time went on, collisions between these objects (as well as disintegrations and erosion) has created even more in the way of debris.
• According to various statistical models, there is an estimated 166 million objects in orbit that range in size from 1 mm to 1 cm in diameter. There is also another 750,000 objects that range from being 1cm to 10 cm in diameter, and about 29,000 objects that exceed 10 cm in diameter. The ESA and other space agencies around the world are responsible for
tracking about 42,000 of the larger ones.

Essentially, orbital debris can reach speeds of up to 56,000 km/h due to the Earth’s rotation. At this speed, even a centimetersized piece of debris can seriously damage or disable an
operational spacecraft.

•The first spacecraft to demonstrate active space debris removal technologies — such as a harpoon, a net and a drag sail — in orbit has been released from the International Space Station to commence its mission.

ABOUT THE REMOVEDEBRIS MISSION:

• Net capture: It involves net that will be deployed at target CubeSat.
• Harpoon Capture: It will be launched at target plate made of representative satellite panel materials.
• Vision-based navigation: It will send data about debris back to the ground for processing using cameras and LiDAR (light detection and ranging).
• De-orbiting process: The spacecraft after entering Earth’s atmosphere during de-orbiting process will burn up, leaving no debris behind. 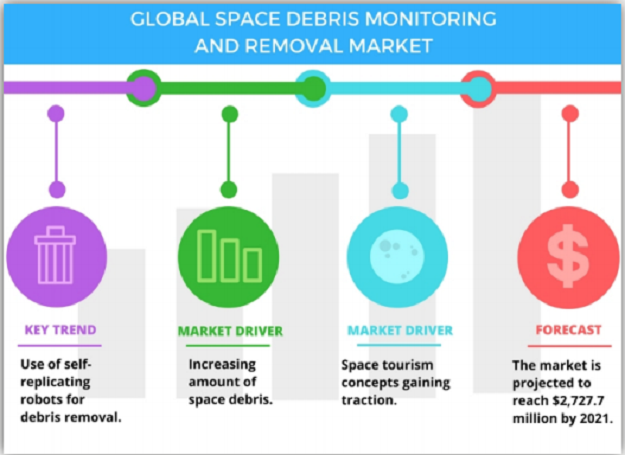 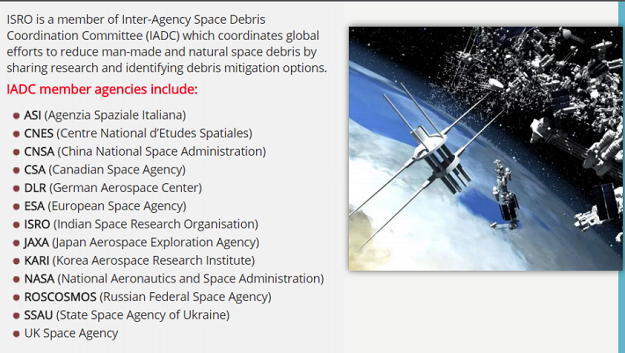