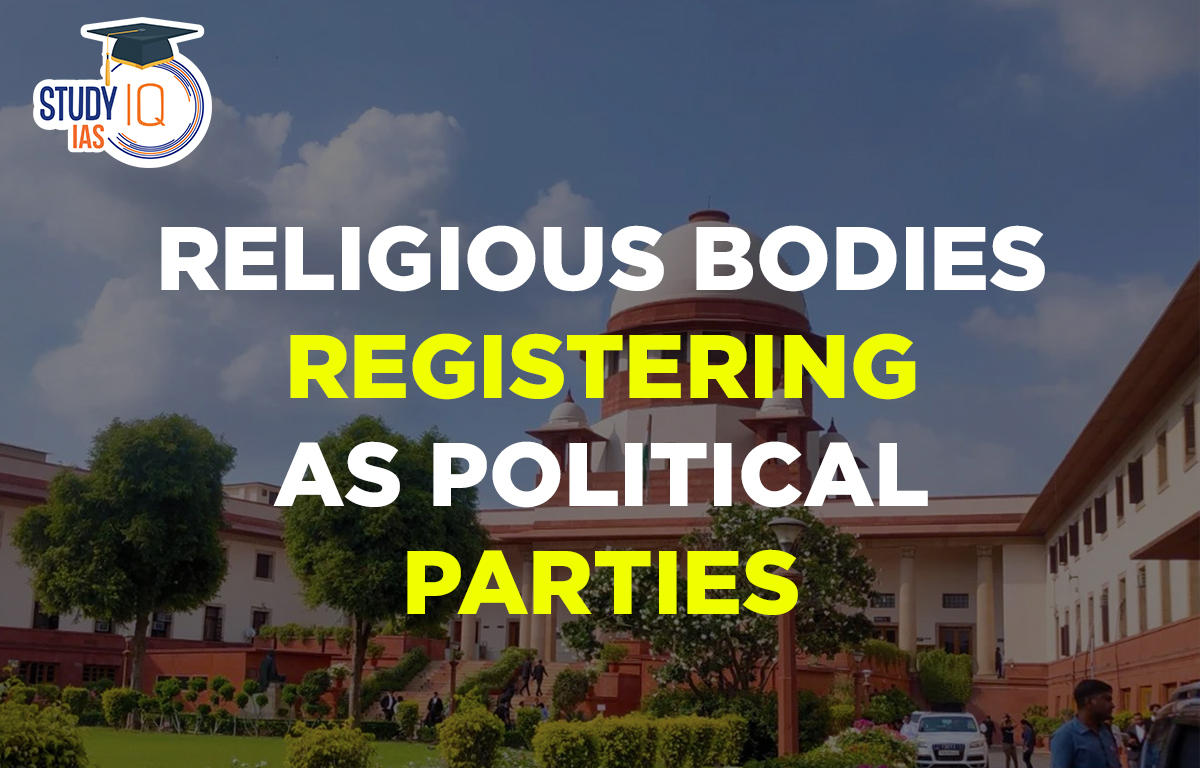 Religious Bodies Registering as Political Parties: The ECI was asked by the Supreme Court to submit its response to a petition seeking the cancellation of political parties having religious symbols and names. The petition cited names such as the Indian Union Muslim League, the Hindu Ekta Party etc., and argued that such party names and their symbols violated the Constitution and that the EC should cancel their registration.

Registration of Political Parties in India

Here is the complete information about the Registration of Political Parties in India given below:

Q. What is political party registration?

Ans. Every association does not have to register with the Election Commission. It is only necessary for an association or group of Indian individuals to register as a political party with the Election Commission of India if they want to use the provisions of Part-IV-A of the Representation of the People Act, 1951 (related to the registration of political parties).

Q. What are registered parties?

Ans. Only when a registered party fulfils one of the three conditions is it recognised as a national party. (i) In the Lok Sabha, the party won 2% of the seats from at least three distinct states. (ii) The party receives 6% of the vote in four or more states during a general election for the Lok Sabha or Legislative Assembly, and it also wins four Lok Sabha seats. (iii) In four states, the party is recognised as a state party.

Q. Who registers and Recognises a political party in India?

Ans. The Election Commission of India (ECI) registers and Recognises a political party in India.

Q. How do I start my own political party?

Ans. To qualify a new political party by petition, no later than 135 days before the primary election or the presidential general election, the Secretary of State must verify if a political body intending to qualify collected petition signatures of registered voters equal to 10% of the votes cast at the most recent gubernatorial election.