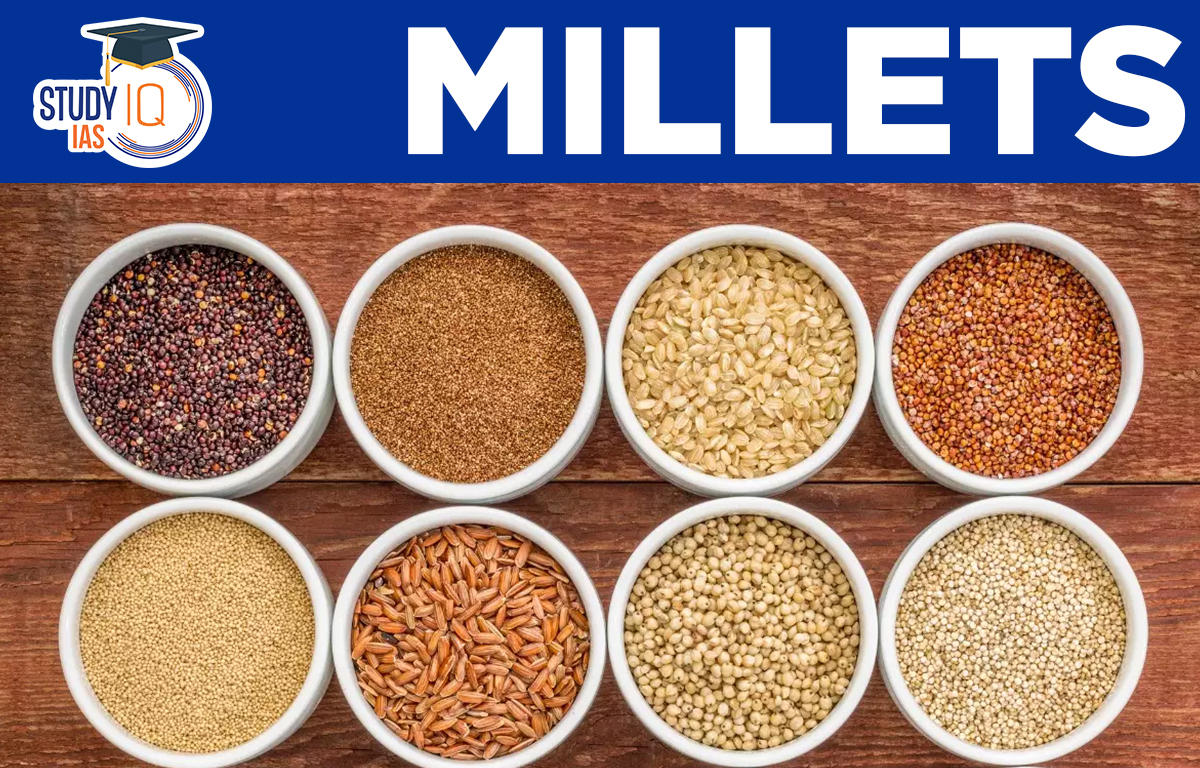 Historical Background: They were among the first crops to be domesticated. There is evidence for consumption of millets by the Indus valley people (3,000 BC), and several varieties that are now grown around the world were first cultivated in India. West Africa, China, and Japan are home to indigenous varieties of the crop.

Millets provide an alternative food system in times of increasing demand for vegetarian foods. Millets contribute to a balanced diet as well as a safe environment.

Global Production: Millets are now grown in more than 130 countries, and are the traditional food for more than half a billion people in Asia and Africa. Globally, sorghum (jowar) is the biggest millet crop. The major producers of jowar are the United States, China, Australia, India, Argentina, Nigeria, and Sudan. Bajra is another major millet crop; India and some African countries are major producers.

Steps to Promote Millet in India