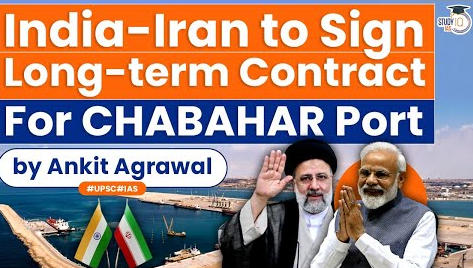 What is India’s vision for Chabahar?

Q) Which one of the following is the deepest sea-port of India?