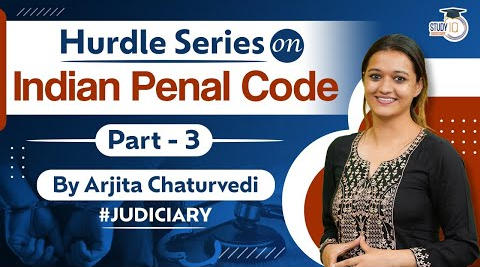 Q.) B is drowning and insensible.  A in order to save his life pulls him out of the water with the hook which injures him. A is guilty of

92. Act done in good faith for benefit of a person without con­sent.—Nothing is an offence by reason of any harm which it may cause to a person for whose benefit it is done in good faith, even without that person’s consent, if the circumstances are such that it is impossible for that person to signify consent, or if that person is incapable of giving consent, and has no guardian or other person in lawful charge of him from whom it is possible to obtain consent in time for the thing to be done with benefit

Q.) A male teacher during the examination, while conducting search, put his hands in the pocket of the pant of a girl candidate thinking her to be a boy.  Here the teacher, under the IPC has committed the offence under section

Q.) X and Y swimming in the sea after a shipwreck got hold of a plank. The plank was not large enough to support both. X having no other option, pushed Y who was drowned. X has committed

Q.) Which one of the following is presumed under law to be Doli incapax to commit a crime?

Q.) Section 82 of the Indian Penal Code deals with the following

Q.) The leading case on Section 83 of IPC is

Explanation:- C
In the case of Ulla Mahapatra v. King AIR 1950 Orissa 262, a child of eleven years of age,  threatens the victim, saying that he would cut him into pieces while advancing towards him with a knife and he actually kills the victim. The Court held that it was fully evident by the conduct of the child that he was fully aware the meaning of his words and that it was a threat and there was a weapon that fulfils the elements of assault. Thus this proves the intention of the child of hurting the victim and therefore, Court found him guilty of the murder of the victim.

Q.) Assertion:  A  boy aged 9 years intentionally kills B. A is liable to be convicted.

Reason: A child upto the age of 12 years is immune from criminal liability.

Explanation:- C
84. Act of a person of unsound mind.—Nothing is an offence which is done by a person who, at the time of doing it, by reason of unsoundness of mind, is incapable of knowing the nature of the act, or that he is doing what is either wrong or contrary to law.

Q.) In which of the following cases wild beast test was propounded

Explanation:- D
A person can demand immunity if, due to his unsoundness of mind, he was incapable of distinguishing between good and evil and did not know the nature of the act committed by him. This test is known as the “Wild Beast Test.”

Q.) Unsoundness of mind has not been defined in Indian Penal Code and has mainly been treated as equivalent to insanity. An accused who seeks exoneration from liability of any act under section 84 of IPC is to prove legal insanity and not medical insanity. It was held by Supreme Court in which of the following cases

Q.) The accused at the time of committing the act because of intoxication which was administered to him without his knowledge or against his will is incapable of knowing

Explanation:- C
85. Act of a person incapable of judgment by reason of intoxication caused against his will.—
Nothing is an offence which is done by a person who, at the time of doing it, is, by reason of intoxication, incapable of knowing the nature of the act, or that he is doing what is either wrong, or contrary to law: provided that the thing which intoxicated him was administered to him without his knowledge or against his will.

Q.) In Basudeo vs State of Pepsu the Supreme Court has explained the true scope of the following section of the Indian Penal Code

Explanation:- C
86. Offence requiring a particular intent or knowledge committed by one who is intoxicated.—
In cases where an act done is not an offence unless done with a particular knowledge or intent, a person who does the act in a state of intoxication shall be liable to be dealt with as if he had the same knowledge as he would have had if he had not been intoxicated, unless the thing which intoxicated him was administered to him without his knowledge or against his will.

Q.) A school teacher for the purpose of enforcing discipline inflicts  moderate punishment upon a student aged about 11 years.  In this case

Explanation:- A
89. Act done in good faith for benefit of child or insane person, by or by consent of guardian.

Q.) In which of the following case consent is free

Explanation:- D
90. Consent known to be given under fear or misconception.

Q.) The Maxim De minimis Non curat Lex is the foundation of which general exception under chapter 4 of the of the Indian Penal Code

Q.) A blacksmith is seized by a gang of dacoits and forced by threat of instant death to take his tools and to force the door of B’s house.  The dacoits ten in number loot B’s money and jewellery and killed B’s son.  A is guilty of

Q.) Which of the following statements is correct

Q.) In which of the following cases the right of private defence of body does not extend to causing of death

Explanation:- C
100. When the right of private defence of the body extends to causing death

Q.) The right of private defence of the body

Explanation:- A
102. Commencement and continuance of the right of private defence of the body.—

Q.) Which one of the following is the correct group of offences against which right of private defence relating to property can be exercised?

Explanation:- D
103. When the right of private defence of property extends to causing death.

Q.) Y picks X pocket. Next day X while buying Paan near his office finds Y paying money from X’s purse. X catches hold of Y and tries to take back his purse. Y resists. X twisted Y’s arm with such force that it is broken. X is charged with causing hurt to Y. X can