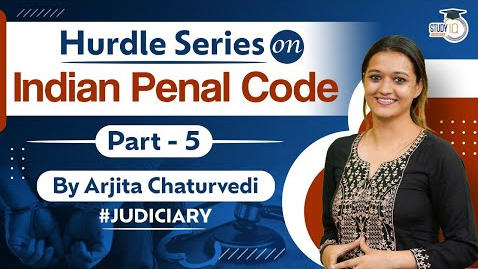 Q) Which one of the following sections of the Indian penal code 1860 is an extension of the principle of respondent superior to criminal law?

Q) Which of the following statement is not true

Q) A a candidate at an election propagated that he was Chalanti Vishnu and representative of Lord Jagannath himself and that anyone who does not vote for him would be sinner against the Lord and the Hindu religion:

Q) A, a landholder knowing of a murder committed within the limits of his estate, willfully misinforms the magistrate of the district that the death has occurred by accident in consequence of the bite of a snake. A is guilty of the offence under

Q) Whoever been legally bound by an oath or by an express provision of law to state the truth, or being bound by law to make a declaration upon any subject, makes any statement which is false and which he either knows or believes to be false or does not believe to be true is said to have committed

Q) A puts jewellery into a box belonging to B with the intention that they may be found in that box and this circumstances may cause B to be convicted of theft. A has committed the offence under which sections of IPC

Q) A knowing that B has murdered C assists B to hide the body with intention of screening B from punishment. A is liable for punishment to

Q) A knowing that B C D E F G are about to commit the offence of dacoity in Kathmandu, Nepal harbours them in his house in Bihar with the intention of facilitating the commission of such dacoity

Q) A sings obscene songs near the gate of Girls Degree College. What offence he has committed?

Q) Which one of the following option is incorrect

Q) In Rex vs. Govinda the point of distinction between the provisions of the following sections of the IPC were explained

Q) A with intention to facilitate robbery put a residential house to fire in the night and causes death of a person due to this fire. A has committed the offence of

Q) Which one is incorrect Culpable homicide does not amount to murder in certain cases of grave and sudden provocation provided:

Q) A with intent to murder, administered a fatal dose of poison to Z and then while Z was still alive, a stranger B without A’s knowledge attacked Z and shot him dead

Q) Z strikes B. B is by this provocation excited to violent rage. A, a  bystander intending to take advantage of B’s rage  and to cause him to kill Z puts a knife into B’s hands for that purpose. B killed Z with the knife.  What offence A is guilty?