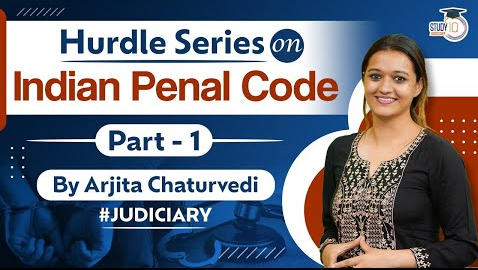 Q.1 Which one of the following is the date of enforcement of the Indian penal code 1860?

Q.) The draft of the Indian Penal Code was prepared by:-

Q.)  To which of the following is Indian Penal Code not applicable

Q.) A who is a citizen of India commits murder in Uganda. He is arrested in Delhi. He can be tried and convicted of Murder ?

A. only in Uganda
B. only in that country of which the deceased was a citizen
C.  in any one of the above
D. in Delhi

Q.) Under which of the following situations would the Indian courts have jurisdiction ?

Q.) Essential ingredients of a crime are –

Q.) Crime which do not require intention, recklessness or even negligence as to one or more elements in the actus reus are known as -:
A. Vicarious liability
B. Strict liability
C. Act of God
D. Force majeure

Q.) In every statute Mens Rea is to be applied unless contrary is shown this view was expressed in -:

Q.) For which of the following offences mens rea is not a requisite

A. kidnapping
B. robbery
C. trespass
D. none of the above

Q.) Qui facit per alium per se is the essence of one of the following principles of:

Q.) Which one of the following is the correct sequence of stage in a crime?

Q.) The word public servant denotes a person falling under ?

a commissioned officer in the military
B. every judge empowered by law to do any adjudicatory functions
C. every officer of Court of Justice
D. all of the above

Q.) It was held that a chief minister or a Minister is in the pay of Government and therefore public servant within the meaning of Section 21 of IPC in the case of-:

Q.) The definition of movable property under section 22 of Indian penal code excludes

Q.) Whoever does anything with the intention of causing wrongful gain to one person or wrongful loss to another person is said to do that thing?

Q.) Under which one of the following sections of Indian penal code the principle of joint criminal liability is applicable

Q.) Good faith within the meaning of the Indian penal code means

Q.) Under Section 34 of the Indian Penal Code?