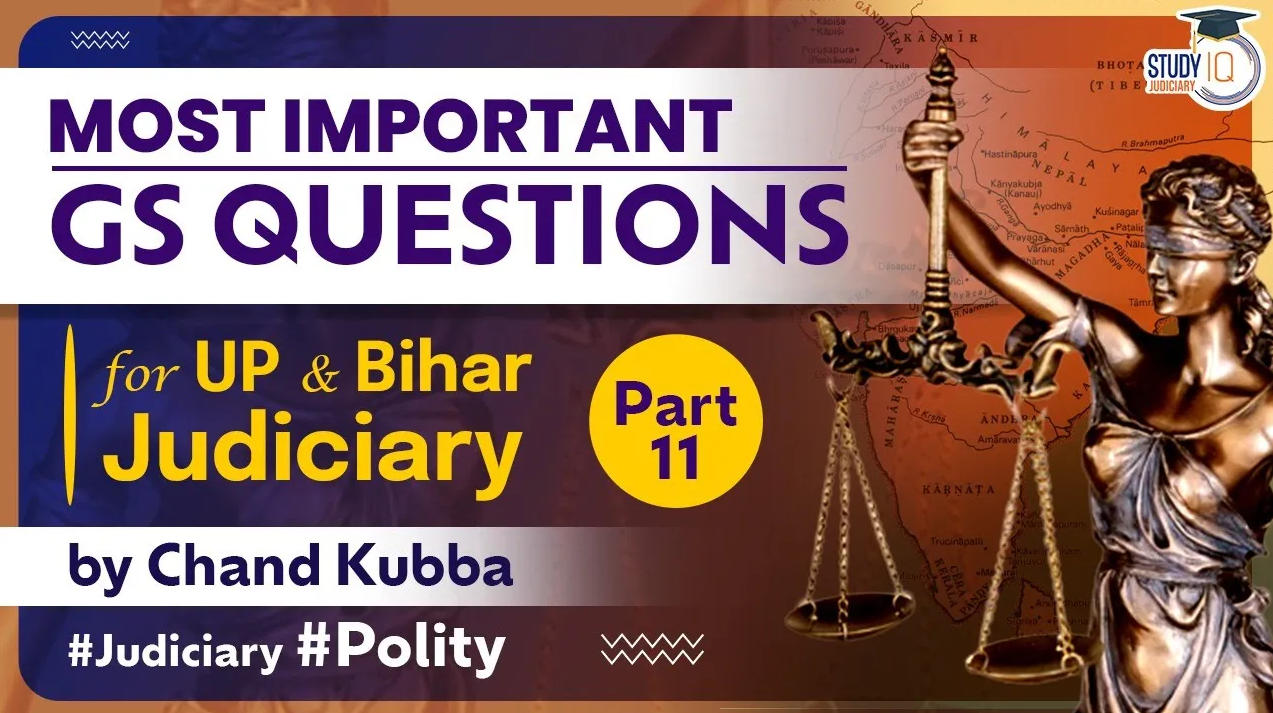 Q1. Comptroller and Auditor General of India is appointed for how many years?

Q2. Who is the custodian of Contingency Fund of India?

Q3. In the Indian Parliamentary System, ‘Vote on Account’ is valid for how many months (except the year of elections)?

Q4. Under which Article of the Constitution, there is a provision to provide facilities for teaching in the mother tongue at the primary level?

Q5. Which of the following is not a Fundamental Duty?

Q6. The family courts are established by state governments in consultation with?

Q7. Which of the following Judicial Doctrines in India is usually applied, when there is a Question on the competence of the legislature on making a particular enactment/law under the three lists enumerated in the Seventh Schedule of the Indian Constitution?

Q8. Which of the following provisions in Directive Principles of State Policy reflect the Gandhian Principles?

Q9. Which of the following is correct in context of the Government of Indi

Q10. The composition of the Constituent Assembly was based on which resolution?

Q11. Objective motion in the Constituent Assembly was presented by Pandit Jawaharlal Nehru on:

Q12. When was the 42nd constitution amendment brought?

Q13. Minerva Mills case is related to which of the following?

Q14. The Company’s territories in India, for the first time, called the ‘British possessions in India’, under which of the following Acts?

Q15. Separate electorates for the depressed classes (scheduled castes), women and labour (workers) were announced under which of the following Acts? A. The Government of India Act of 1935

Q16. The Indian Independence Act of 1947 has abolished the Office of the Secretary of State for India. His functions were transferred to the

Q17. The ‘Objectives Resolution’ of 1946 had declared Indias

Q18. Which of the following Acts sought to mediate between the Parliament and the Company’s Directors, and allowed the Court of Directors to manage the commercial affairs?

Q19. Who said that the Fundamental Rights and the Directive Principles of State Policy (DPSPs) constitute the conscience of the Constitution?

Q20. The concept of ‘Due process of law’ was introduced in the Indian jurisprudence by which of the following cases?

Q21. Under whose Prime Ministership the list of reasonable restrictions of freedom of speech and expression guaranteed under Article 19(1) A. was extended with three more restrictions?

Q22. How many fundamental Rights are mentioned in Indian constitution?

Q23. Which parliamentary committee in India is normally chaired by a prominent member of the opposition?

Q24. The President can dismiss member of the Council of Ministers

Q25. The Sharda Act is related to