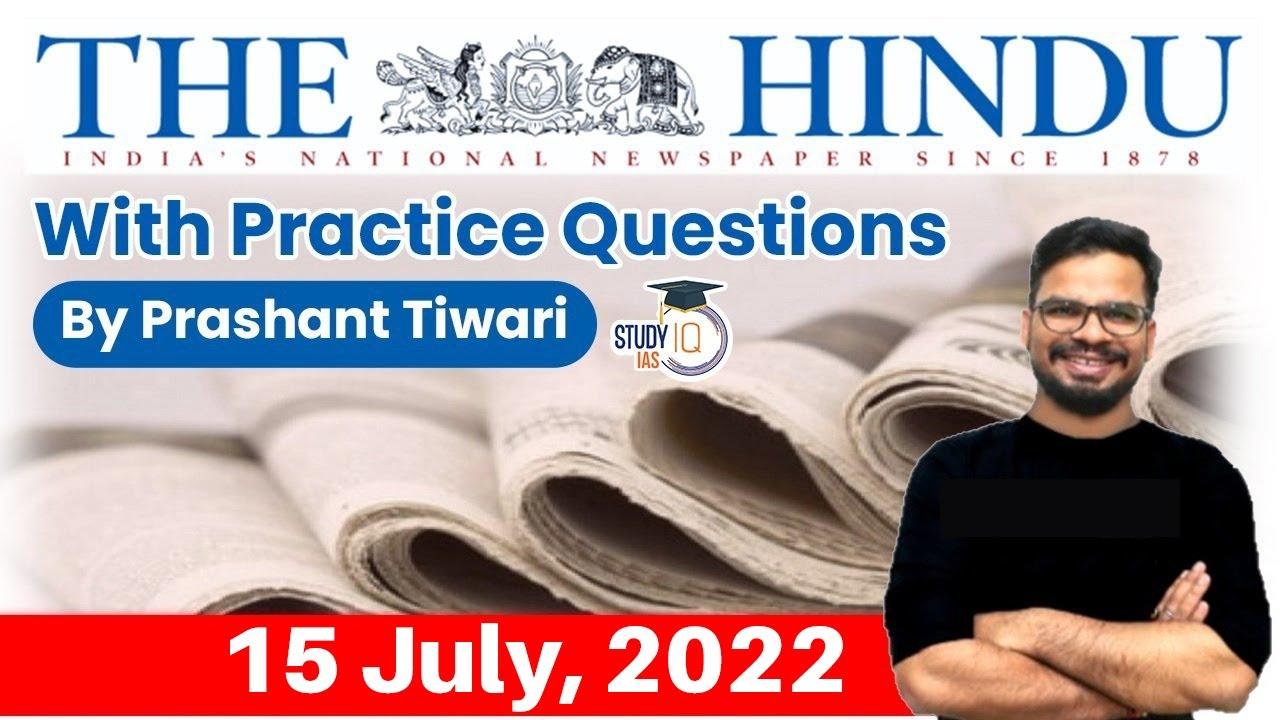 Identifying elevated inflation and a widening trade deficit as ‘twin challenges’ for the economy, the Ministry, however, emphasised that economic activity in the country remained resilient almost five months into the Russian-Ukraine conflict.

No nod for contempt case against ex-judge –

India to give land for I2U2-backed food parks

U.S. vows to use all means to stop Iran nuclear bomb

The debate around the Forest Conservation Rules

What are the Forest Conservation Rules?

How to grease the wheels of justice

Q.) Consider the following statement regarding amendments to Directive Principles of state policy

Which of the statements given above is/are incorrect?