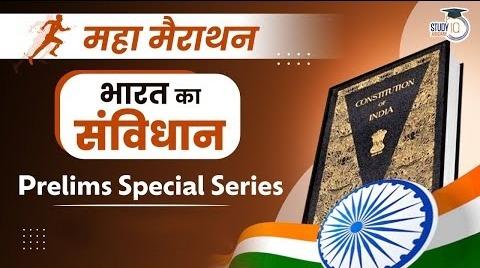 Q) The Indian Constitution is dedicated to

A. the Constituent Assembly
B. the Parliament
C. the whole society
D. the people of India

Q) The constitution defines and determines the relation between

A. various Institutions and areas of government
B. Executive, the legislative and the Judiciary
C. Central Government, State Government and the local governments
D. all of the above

Q) How many parts are present in the Indian Constitution

Q) The chairman of the constituent assembly was

Q) On which of the following days the Constitution of India came into effect?

A. Distribution of Powers
B. Supremacy of the Constitution
C. Presidential form of Government
D. Written constitution

A. State’s head is elected by the people
B. There is distribution of powers between the Centre and State
C. Parliament is Supreme
D. Judiciary is independent

Q) Which of the following statements is incorrect

A. Re Berubari Union
B. Kesavananda Bharti vs State of Kerala
C. A K Gopalan vs State of Madras
D. In Re Kerala education bill

Q) Which one of the following statements is more correct

Q) Preamble was amended by which amendment