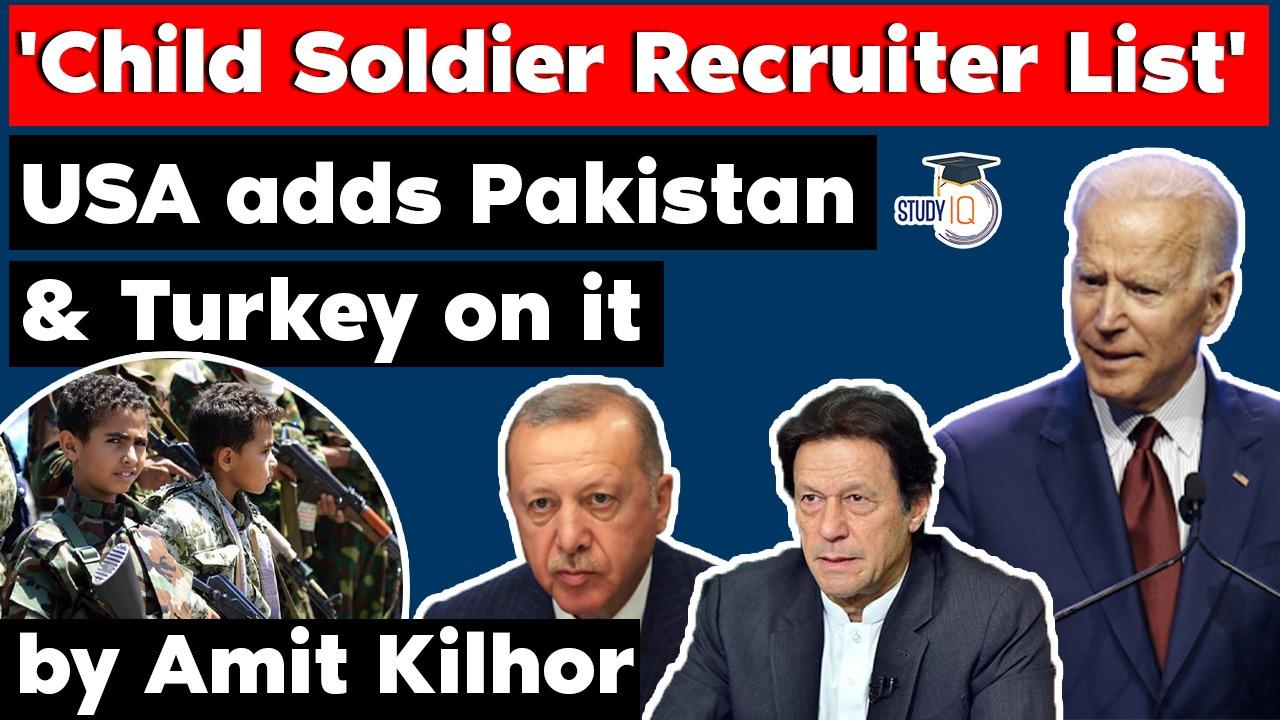 US has put Pakistan, Turkey on Child Soldier Recruiter List

The United States of America has added Pakistan and 14 other countries to a Child Soldier Recruiter List that identifies foreign governments having government-supported armed groups that recruit or use child soldiers, a designation that could result in restrictions on certain security assistance and commercial licensing of military equipment.

The US Child Soldiers Prevention Act (CSPA) requires the publication in the annual Trafficking in Persons (TIP) report a list of foreign governments that have recruited or used child soldiers during the previous year.

who is a child soldier?