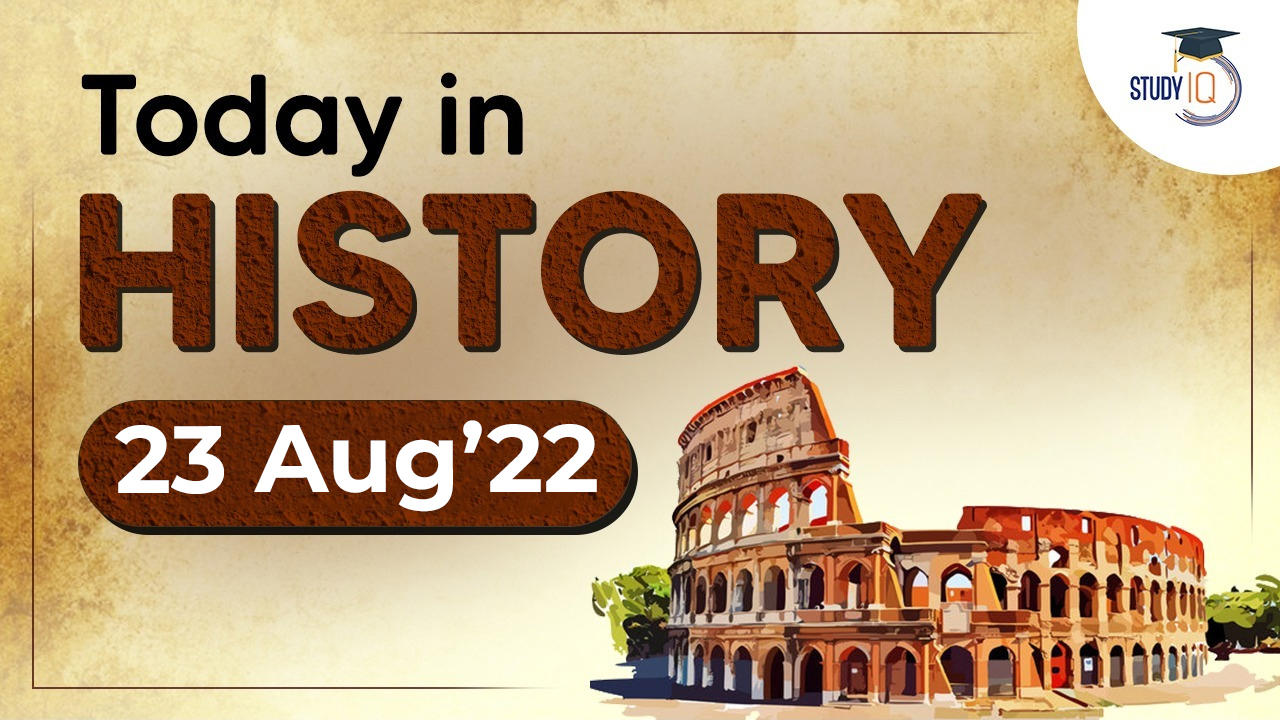 Find out what happened on the 23rd of August in History. There are a lot many happenings which had taken place on this date in the pages of Indian History, here we have listed some of the very important events occur 23rd of August

Vaani Kapoor (born 23 August 1988) is an Indian actress known for her work in Bollywood films produced by Yash Raj Films. She made her film debut in the 2013 romantic comedy Shuddh Desi Romance, a critical and commercial success, which earned her Filmfare Award for Best Female Debut.

Saira Banu (born 23 August 1944), also known as Saira Bano, is an Indian Bollywood actress and the wife of the film actor Dilip Kumar. She acted in many Bollywood films between 1960 and 1980.

Gauhar Khan (also known as Gauahar Khan, born 23 August 1983) is an Indian model and actress. After pursuing modeling, she made her acting debut with Yash Raj Films’ Rocket Singh: Salesman of the Year (2009). Khan also starred in films such as the action thriller Game (2011), the revenge drama Ishaqzaade (2012), the suspense thriller Fever (2016), the romantic comedy Badrinath Ki Dulhania (2017) and the Indian period drama Begum Jaan (2017).

Krishnakumar Kunnath (popularly known as KK, K.K. or Kay Kay) is an Indian singer. He is a prominent singer in Hindi, Tamil, Telugu, Kannada, Malayalam, Marathi, Bengali and Gujarati languages films. KK is noted for his clear and soothing voice; broad vocal range and noteplay. He is considered as one of the most versatile singers of India.

Asha Negi (23rd August 1989) is an Indian television actress. She is recognised for her roles in the shows Pavitra Rishta as Poorvi, Ek Mutthi Aasmaan as Kalpana, Kuch Toh Hai Tere Mere Darmiyaan as Koyal. She won the Indian dance reality show Nach Baliye 6 along with her partner Rithvik Dhanjani in 2014.

1947 Sardar Vallabhbhai Patel was sworn is as the Deputy Prime Minister of India.

2012 At least 30 are killed as a result of monsoon rain in Rajasthan, India.